Map of the Annexations 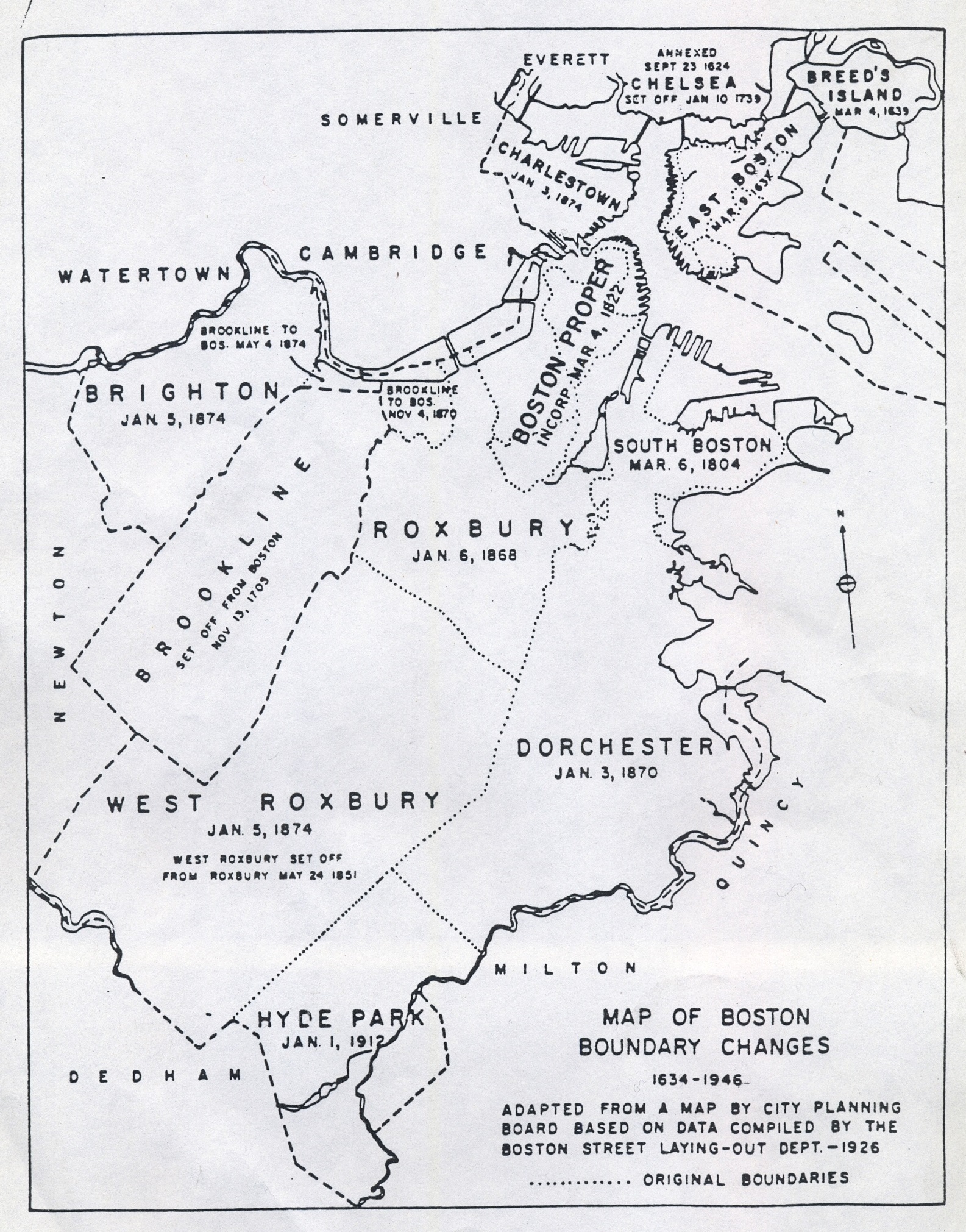 Boston is known as a city of neighborhoods. Some were formerly cities and towns on their own, and were later annexed to Boston. This guide exists to gather together resources to help in the study of the former towns that make up Boston. Material on the neighborhoods as they exist today is also presented.

Here are the former towns:

In addition, some materials on the Back Bay, Beacon Hill, Chinatown, East Boston, the North End, South Boston, and the South End are presented in a tab for "Other Parts of Boston."