This guide gathers annual reports of City of Boston government agencies. Some related reports are included. 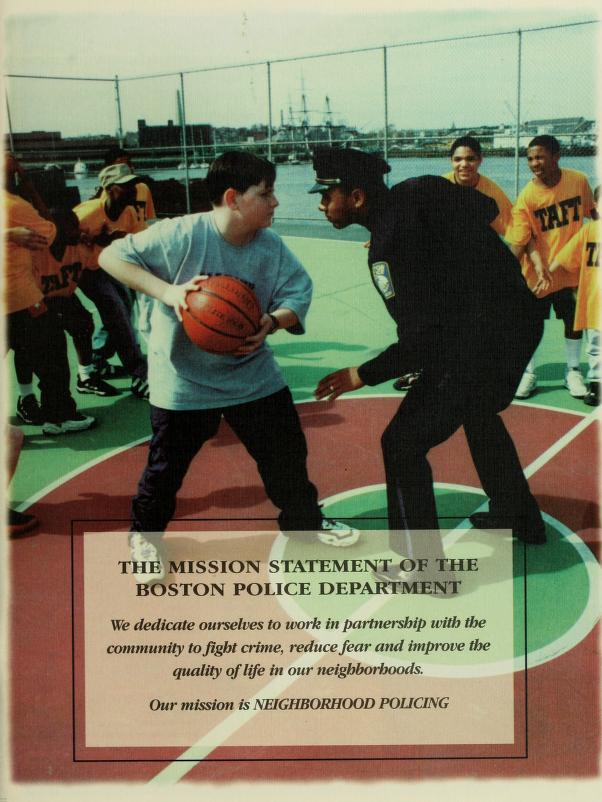 Annual Report of the Board of Police

Annual Report of the Office of Police Commissioner

Annual Report of the Office of Police Commissioner

This is the official record of all police business that occurred on each day of the year in 1919. The Police Commissioner for this period was Edwin U. Curtis. Each day's entries are signed and attested to by Thomas Ryan, Chief Clerk. This volume details the day to day business of the Boston Police Department during 1919. Entries include all general police orders and specific information concerning police personnel, including appointments of special police officers and payroll. This report also includes information relating to various City licenses including: handgun, amusement, hackney carriage, wagon, collective musician (i.e. parade), private detective, junk collector, second hand article, pawnbroker, and Boston Elevated Railway conductor and motorman. The Police Department's operating and personnel budget estimates for FY 1919-1920 can be found in the entry for March 6, 1919.  This item was returned to the Boston Police Department in 2008 by a Boston family who found the volume in the attic of their home.