Reentry Resources for Returning Citizens, their families, and loved ones: Books, Films & Podcasts

This LibGuide contains information for individuals formally incarcerated or detained in county, state, or federal institutions, and are returning to or living in the state of Massachusetts.
Podcasts
Books for Adults

This directory compiles ex-offender programs run by the national government as well as by individual states. Addresses, phone numbers and web sites are listed for all organizations that aid the ex-convict in locating employment, housing, support groups, clothing and food.

Cooked : My journey from the streets to the stove

A window into the streets and the fast-paced kitchens of world-renowned restaurants, Cooked is a very human story with a powerful message of commitment, redemption, and change.

A Place to Stand

The story of Jimmy Santiago Baca, "winner of the Pushcart Prize and the American Book Award, ... called an heir to Pablo Neruda, ... [who] at the age of twenty-one ... was illiterate and facing five to ten years in a maximum-security prison for selling drugs. 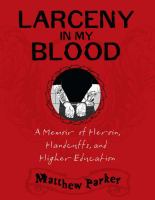 Larceny in My Blood : A memoir of heroin, handcuffs, and higher education

A fully illustrated graphic memoir of a child of the '60s who was raised into a life of crime and addiction --but graduated into freedom.

A Question of Freedom: A Memoir of Survival, Learning, and Coming of Age in Prison

A Question of Freedom chronicles Betts's years in prison, reflecting back on his crime and looking ahead to how his experiences and the books he discovered while incarcerated would define him.

After Life Imprisonment : Reentry in the Era of Mass Incarceration

In After Life Imprisonment, Marieke Liem carefully examines the experiences of 'lifers' upon release. Through interviews with over sixty homicide offenders sentenced to life but granted parole, Liem tracks those able to build a new life on the outside and those who were re-incarcerated.

The New Jim Crow: Mass Incarceration in the Age of Colorblindness

In a bold and innovative argument, a rising legal star shows readers how the mass incarceration of a disproportionate number of black men amounts to a devastating system of racial control.

Curtis Dawkins, an MFA graduate and convicted murderer serving life without parole, takes us inside the worlds of prison and prisoners with stories that dazzle with their humor and insight, even as they describe a harsh and barren existence.

College in Prison chronicles how, since 2001, Bard College has provided hundreds of incarcerated men and women across the country access to a high-quality liberal arts education. Earning degrees in subjects ranging from Mandarin to advanced mathematics, graduates have, upon release, gone on to rewarding careers and elite graduate and professional programs.

The stories collected within the Anatomy of Innocence detail every aspect of the experience of wrongful conviction, as well as the remarkable depths of endurance sustained by each exoneree who never lost hope.

Offender Reentry : Beyond Crime and Punishment

In this comprehensive exploration of the core issues surrounding offender reentry, Elaine Gunnison and Jacqueline Helfgott highlight the constant tension between policies meant to ensure smooth reintegration and the social forces -- especially the stigma of a criminal record -- that can prevent it from happening. Gunnison and Helfgott focus on the factors that enhance reentry success as they address challenges related to race, class, and gender.

Life After Death Row : Exonerees' Search for Community and Identity

Life after Death Row examines the post-incarceration struggles of individuals who have been wrongly convicted of capital crimes, sentenced to death, and subsequently exonerated. Drawing upon research on trauma, recovery, coping, and stigma, the authors weave a nuanced fabric of grief, loss, resilience, hope, and meaning to provide the richest account to date of the struggles faced by people striving to reclaim their lives after years of wrongful incarceration.

Homeward : Life in the Year After Prison

In Homeward, sociologist Bruce Western examines the tumultuous first year after release from prison. Drawing from in-depth interviews with over one hundred individuals, he describes the lives of the formerly incarcerated and demonstrates how poverty, racial inequality, and failures of social support trap many in a cycle of vulnerability despite their efforts to rejoin society.

There is an emerging consensus that we've been locking up too many people for too long, but with more than 2.2 million Americans behind bars right now, how do we go about bring people home? DECARCERATING AMERICA collects the thoughts of some of the leading thinkers in the criminal justice reform movement to strategise about how to cure America of its epidemic of mass punishment.

Successful re-entry to the free world for ex-offenders requires strong communication and job interview skills. Includes 101 frequently asked job interview questions, ranging from "Have you ever been convicted of a felony?" to "Why should I hire you?" and addresses the best way to answer them.

Best Jobs for Ex-offenders : 101 Opportunities to Jump-start your New Life

Examines many jobs in terms of employment outlook, nature of work, working conditions, education and training requirements, expected earnings, and recommended resources. The book serves as a handy directory for exploring job options appropriate for ex-offender. 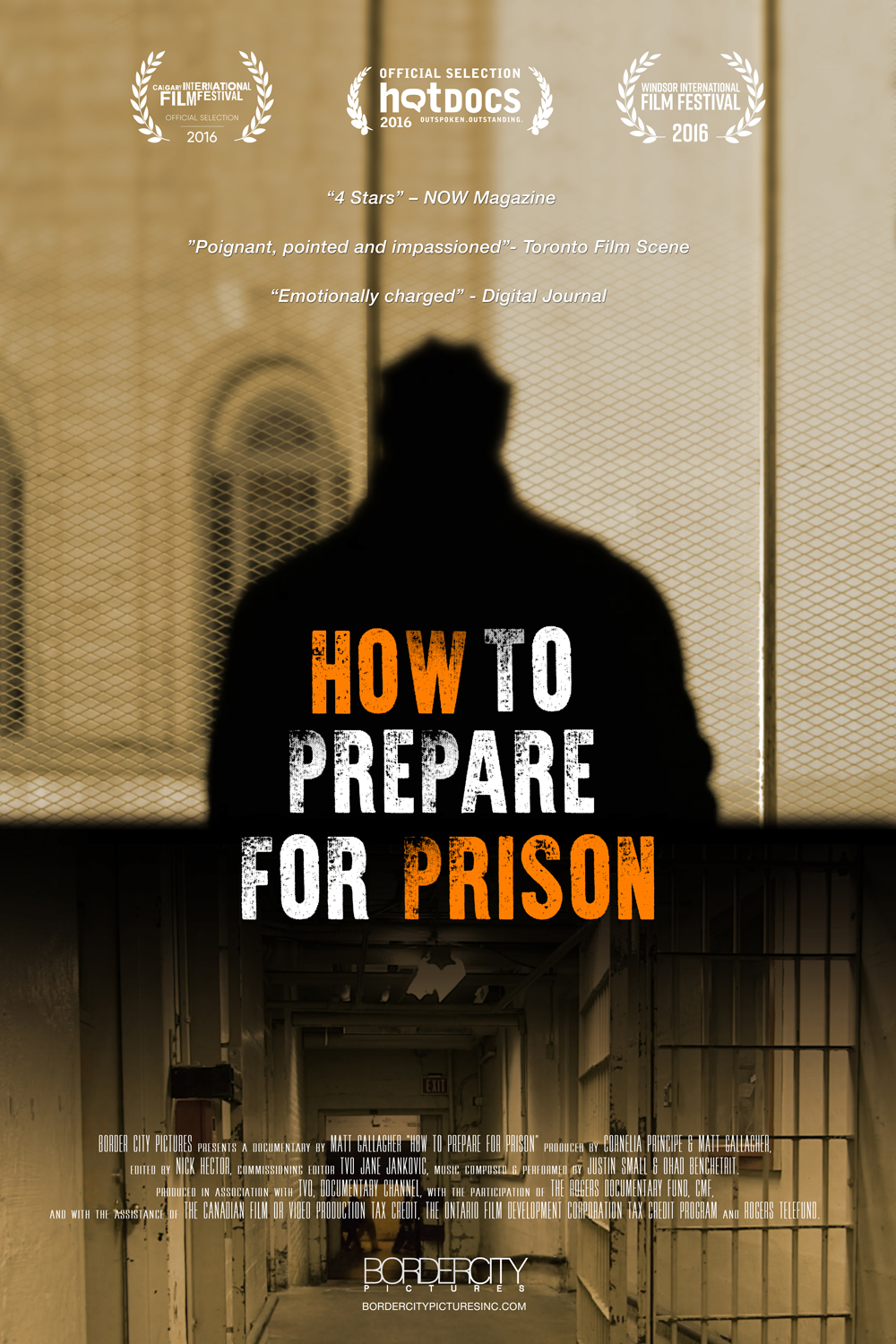 How to Prepare for Prison

A unique and intimate look at people caught in the legal system and facing prison for the first time. 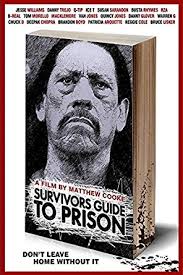 The Survivor's Guide to Prison 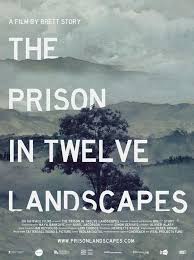 An examination of the prison and its place - social, economic and psychological - in American society. Filmmaker Brett Story excavates the often-unseen links and connections that prisons - and our system of mass incarceration - have on communities and industries all around us. 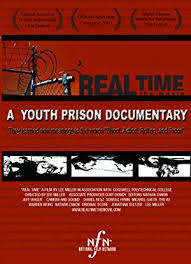 Offering a glimpse inside the hearts and minds of violent youth felons, Real Time explores the reality of adolescent life in prison. The 57-minute documentary follows minors in a California youth prison learning filmmaking and creating two short films.

What I Want My Words to Do to You

Look into the minds and hearts of women inmates of a New York prison. Go inside a writing workshop led by Eve Ensler, where the women create works of poetry and prose which ends in the performance of their writing by critically acclaimed actors. 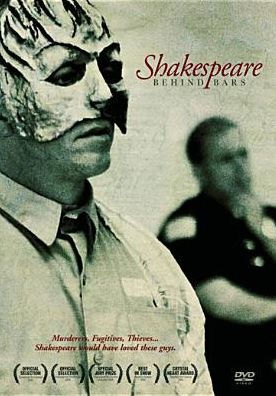 A documentary that follows the casting, rehearsal, and presentation of Shakespeare's play, The Tempest, by convicted felons inside Kentucky's Luther Luckett Correctional Complex. Winner of eight film festival awards, Shakespeare Behind Bars smashes many of our long held notions about prisoners and criminals as we watch these remarkably unique actors prepare. 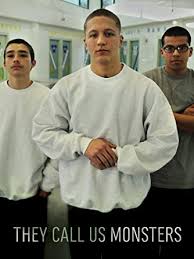 They Call Us Monsters

Juan, Jared, and Antonio, all between 14 and 16, face decades in prison. To pass the time, they sign up for a screenwriting class and collaborate on a short film about their lives. 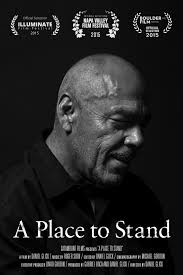 A Place to Stand

This film tells the story of acclaimed author Jimmy Santiago Baca’s transformation from a functionally illiterate convict to an award-winning poet, novelist and screenwriter...Based on the memoir of the same name, the film takes viewers into Baca's past and present to uncover how the power of the written word lifted him from the violence and pain that defined his early life. 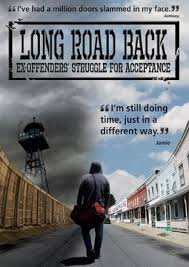 A prison door clangs shut. The reverberation echoes with immense meaning both for the person locked up and those left on the outside. But the reality is that once offenders have served their terms and leave prison, doors still shut. Feel the heartbreak and the victories as you follow a young woman putting her life back together after eleven years in prison. Experience the difficulties ex-offenders face when looking for a job. See how mental illness complicates an ex-offender's life.

This list is just a sampling of the books & films the Boston Public Library has to offer. To search for similar books, visit us at bpl.org and use the online catalog. Can't find what you're looking for?  You can recommend titles and the library will consider every suggestion.