Newspaper resources at the Boston Public Library and beyond.

Microfilm is an analog storage medium that predates digitization which involves reducing the size of materials and capturing on film for archiving, preservation and use.

How Does Microfilm Work?

We have 8 ScanPro 3000 digital scanners for reading, printing or downloading images from microfilm, microfiche or micro-opaque to email or a USB drive. Paper copies cost $.15 per page, while digital copies are free. Staff will help get you acquainted with the machines which usually are available without a reservation. 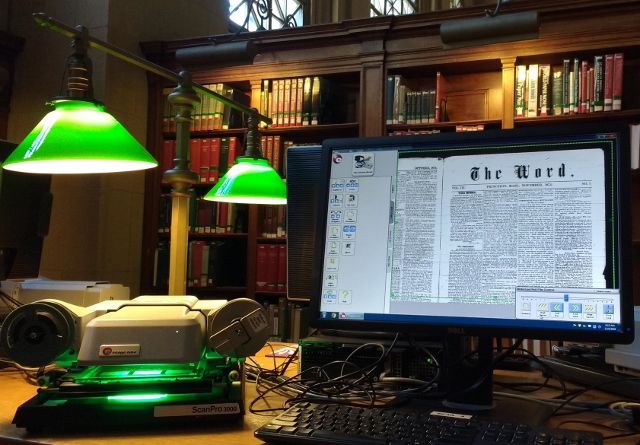