This guide attempts to describe some of the document sets available on microfilm and microfiche at the Boston Public Library that deal with the Second World War.

World War II eventually came to involve almost every country in the world, except for the few that claimed neutrality. Following the end of the war some of the records documenting the decisions made in the conflict were declassified, and made available as microform sets. The Boston Public Library holds many of these sets at the Central Library in Copley Square.

This guide offers an overview of the Word War II document sets that are available at the BPL. 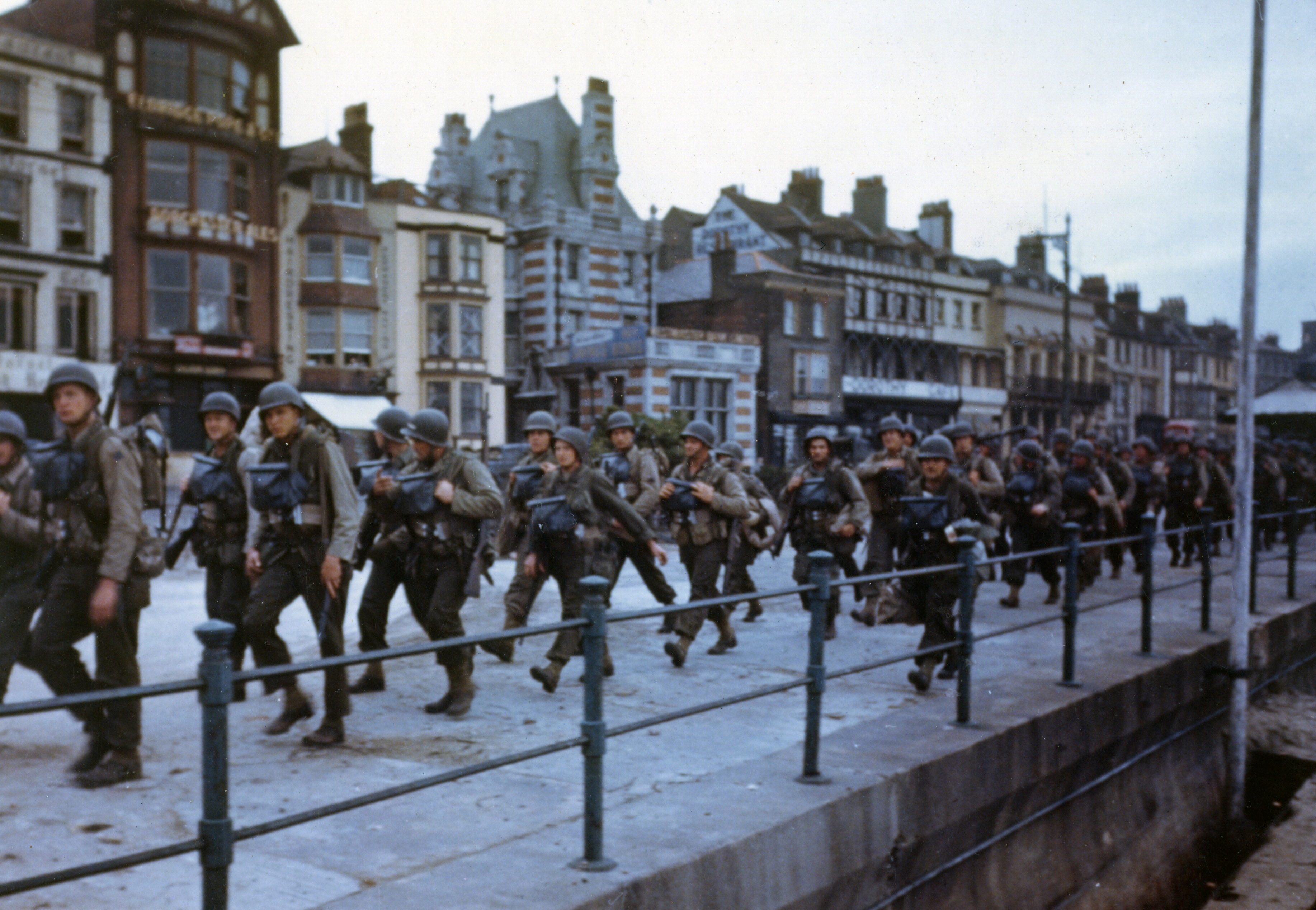 “These American troops are marching through the streets of a British port town on their way to the docks where they will be loaded into landing craft for the big assault.” Undated - June 1944.