A guide to resources concerning the Salem Witch Trials at the BPL and beyond.

"I am afraid that ages will not wear off that reproach and those stains which these things will leave behind them upon our land."
- Thomas Brattle

“[F]or it were better that one hundred Witches should live, than that one person be put to death for a Witch, which is not a Witch.”
- from Truth Held Forth and Maintained by Thomas Maule

"If I told Mr. Noyes but once I had set my hand on the Book he would believe me, but if I told the truth and said I had not set my hand to the Book a hundred times he would not believe me."
-Sarah Churchill

"I sawe goodwife bibber pull o[ut] pins out of her Close and held them betwene h[er] fingers and Claspt her hands round her knese and then she Cryed out and said goody Nurs prict her"
- From Testimony of Sarah Nurse Regarding Sarah Bibber, in Support of Rebecca Nurse

“…though I saw nothing but death before me; choosing rather death with a quiet conscience, than to live in such horror…”
-Margaret Jacobs, after recanting her testimony.

"...he is, upon many accounts, more concerned than any that he knows of, Desires to take the Blame and shame of it, Asking pardon of men, And especially desiring prayers that God, who has an Unlimited Authority, would pardon that sin and all other his sins..."
-from Samuel Sewall's apology 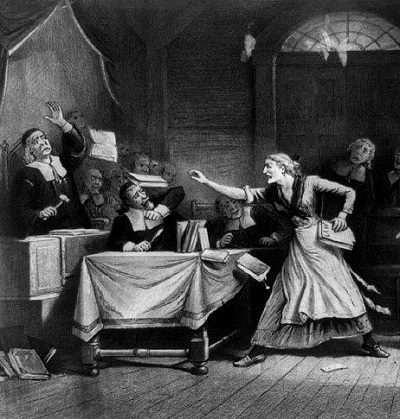 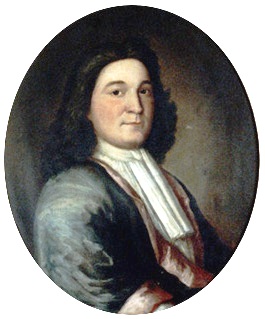 Sir William Phips, age 41- was appointed governor prior to the trials beginning but did not arrive in the colony until two months after the first accusations. He grew up on the Maine frontier and was only semi-literate, not learning to read and write until adulthood. He gained prominence largely due to his discovery of a cache of treasure on a wrecked Spanish ship in 1687 which earned him a knighthood and various government appointments. Phips established the Court of Oyer and Terminer shortly after his arrival in the colony, and while he publicly supported them he took a somewhat hands-off approach to the trials by allowing William Stoughton to have almost total control over the proceedings. He would later falsely claim that he had been out of the colony during most of the events. Recalled to London two years after dismantling the Court of Oyer and Terminer, he died there in 1695. 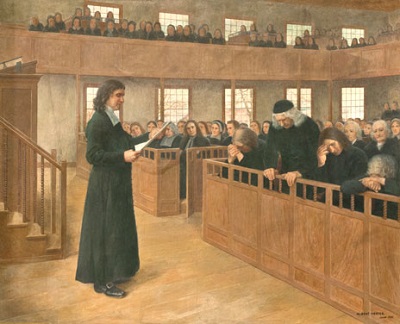 In English law, a Court of Oyer and Terminer was commissioned to hold inquiries into charges of treason, felonies, and misdemeanors. The name comes from the French phrase oyer et terminer which literally means “to hear and to determine.”

Nathaniel Saltonstall, age 53- served as town clerk and appointed to the Court of Oyer and Terminer. Resigned after a few weeks, supposedly in disagreement with the handling of the Bridget Bishop case. Is said to have remained critical of the trials after his resignation.
Samuel Sewall, age 40- prominent merchant and printer, appointed to Court of Oyer and Terminer. Five years after the trials ended he would become the only judge to publicly express remorse for his part in the proceedings. He would later become known for an extensive diary he kept from 1674 to 1729, which has become an invaluable source of information about life in colonial Massachusetts. He would also publish an essay that was heavily critical of slavery in 1700.
William Stoughton, age 61- a skillful politician who served in nearly every form of government in Massachusetts Bay in the late 1600s. He served as lieutenant governor of Massachusetts Bay from 1692 until his death in 1701, and was appointed Chief Justice of the court of Oyer and Terminer. He relied heavily on spectral evidence to convict accused witches, and was known to believe all accused witches were guilty. He would later serve as acting governor in Massachusetts Bay from 1694 to 1699. Unlike other judges he refused to admit that accepting spectral evidence was a mistake.

Image Credit:
1697: The Dawn of Tolerance in Massachusetts: Public Repentance of Judge Samuel Sewall for his Action in the Witchcraft Trials
By Albert Herter, 1942
Massachusetts State House, House Chamber
(click image for more info about painting) 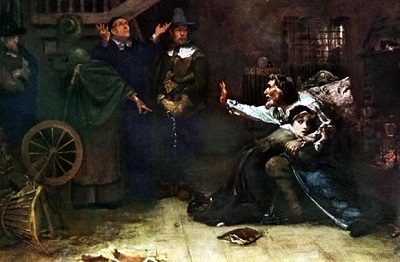 Sarah Churchill, age 25- worked for George Jacobs, Sr., who was supposedly abusive to her. She confessed after being accused, and in turn accused Jacobs and his granddaughter, Margaret. She would later admit that she confessed only to save herself from being executed.
Margaret Jacobs, age 17- granddaughter of George Jacobs, Sr., she confessed after being accused and in turn accused her grandfather and George Burroughs. Recanted her confession in a failed effort to save her grandfather from execution, and refused to go back on her retraction despite facing execution herself. The hysteria ended before she was tried, and she would be found innocent.
Mary Warren, age 20- a servant of the Proctors and the oldest of the afflicted girls, she began suffering fits shortly after the others did though she was not as heavily involved in the accusations as they were. After posting a note of thanks after her fits subsided, she was questioned by Reverend Parris and made a statement implying that the afflicted girls were lying. She was then accused herself; she confessed and became a much more active accuser thereafter. 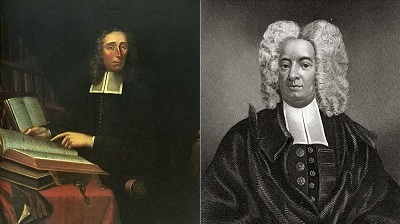 Increase Mather, age 53- president of Harvard and trusted friend of William Phips, Increase Mather was a highly influential minister in Massachusetts Bay. He spent four years in England negotiating a new charter for Massachusetts Bay and arrived with Phips after the hysteria had begun. While not outright condemning the proceedings he did try to serve as a force for moderation. He was particularly concerned by the use of spectral evidence to condemn accused witches, publishing a book (Cases of Conscience) that was highly critical of the use of such evidence while at the same time absolving the judges for their roles in the trials.

Cotton Mather, age 29- the son of Increase Mather, Cotton Mather was also a prominent minister and author in Massachusetts Bay. He was friendly with several of the judges and served as a consultant to them through his frequent correspondence. Mather went back and forth on the issue of spectral evidence, refusing to take an absolute stand one way or the other. He also served as the first historian of the trials, publishing a book about the proceedings titled The Wonders of the Invisible World. The book also served as an attempt to justify the trials and became somewhat of a stain on his reputation in later years. 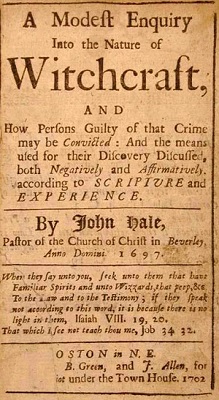 Thomas Brattle, age 34- successful Boston merchant and treasurer of Harvard, Brattle wrote a letter to an English clergyman that was highly critical of the trials. The letter was reproduced and distributed in Boston where many people read it.

Robert Calef, age 44- Boston cloth merchant, wrote a book titled More Wonders of the Invisible World that condemned the trials and in particular Cotton Mather’s heavy influence in the proceedings. Calef was forced to publish the book in England due to ecclesiastical control over publishing in Massachusetts Bay, the book was nevertheless very successful and well-received in New England and remains an important source of information about the trials.

Rev. John Hale, age 56- pastor in nearby Beverly, initially supported the trials but would later change his mind after his wife was accused. A few years after the trials ended he wrote and published a book titled A Modest Enquiry Into the Nature of Witchcraft which largely condemned the proceedings.

Thomas Maule, age 47- successful Quaker tailor and merchant in Salem, was whipped and fined three times for speaking out against Puritan discrimination. Initially supported the trials and testified against Bridget Bishop, he grew disillusioned with the proceedings and came to believe they were a miscarriage of justice. In 1695 he denounced the trials and Puritans in a pamphlet entitled Truth Held Forth and Maintained..., and was afterwards jailed for a year on charges of blasphemy.

Rev. Samuel Willard, age 52- pastor of Third Church in Boston. Opposed the trials and believed that great care should be taken to avoid punishing innocent people. Is believed to be the author of Some Miscellany Observations on our present debates respecting Witchcrafts: A Dialogue between 'S' and 'B', a 16-page fictional dialogue between two people who hold opposite views of the trials.

Image Credit:
Title page of "A Modest Enquiry Into the Nature of Witchcraft" by John Hale (Boston, 1702)
(click image for full-size view)