A cycle of illuminations from a "rosary psalter," by the Flemish artist Simon Bening (1483-1561). Bening worked on a number of known and attributed manuscripts in Bruges and in Antwerp. He produced at least four rosary psalters, all of which were made for Spanish patrons. Each of the 14 miniatures in this set measures just 70 x 80 mm, but are filled with emotive details.

MS pb Med.35 might have commissioned for Joan I ("the Mad") of Castile. The script has been said to be that of Antonius van Damme, a known Bening collaborator, although that attribution has not been universally accepted. No record exists of the extent of this manuscript in its original state, so the number of original leaves is unknown. 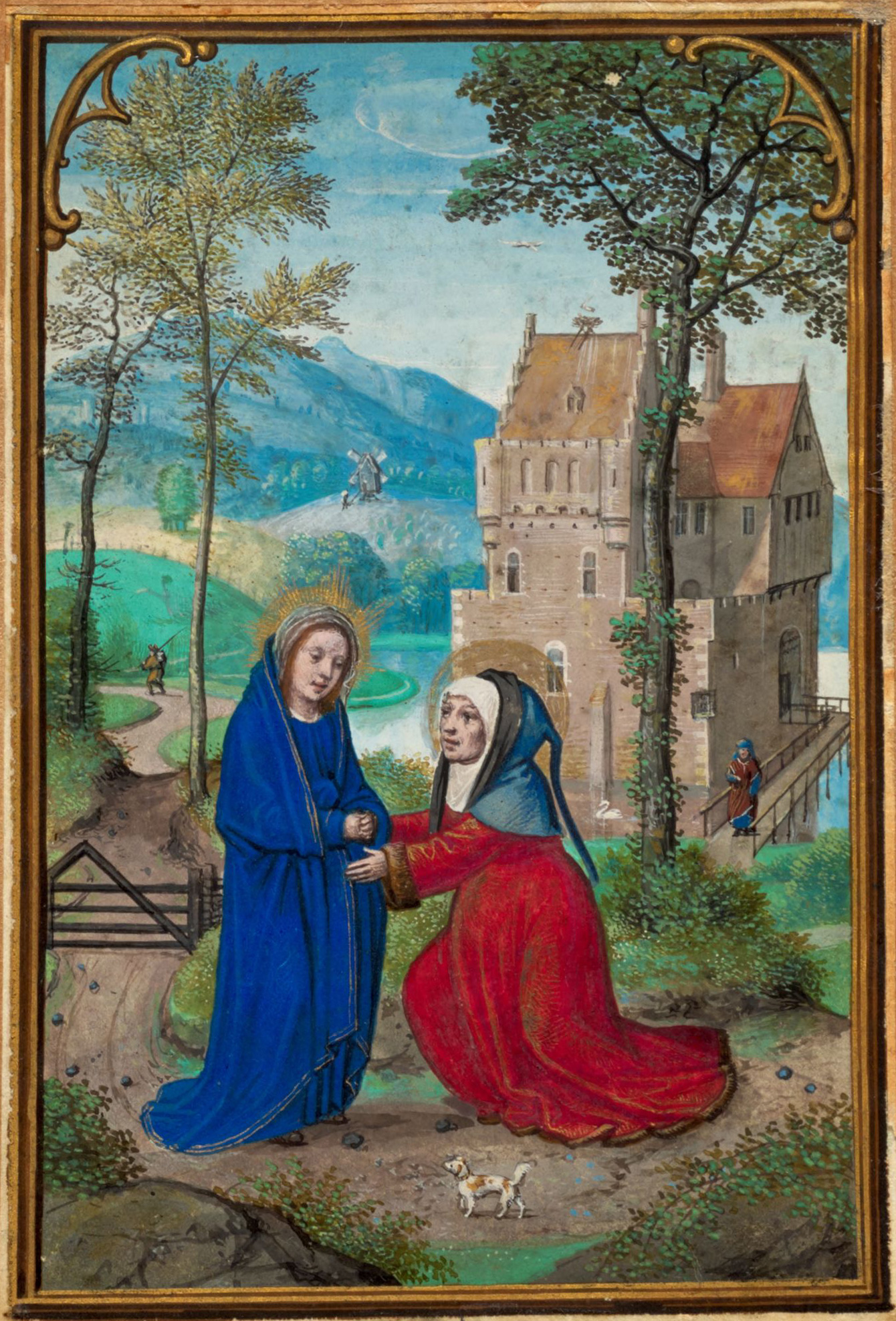 A collection of 21 complete books of hours

The Book of Hours is a collection of Christian devotional texts widely used during the late Middle Ages and Renaissance. Intended mostly for laypeople who wished to incorporate aspects of Church ritual into their own lives, contents were arranged to mirror the monastic cycle of daily worship known as the Divine Office. Individual copies were designed to facilitate quiet prayer and to encourage private reflection; this was often accomplished through the interplay of text and imagery.

There are 32 books of hours in the BPL's collection of medieval and early renaissance manuscripts. Twenty of these are bound and are more or less complete. The remaining twelve are fragments only — mostly single leaves or small sections of books. BPL's manuscript books of hours date from the early 14th century through the end of the 15th century, and were created in Italy, Germany, France, Belgium, the Netherlands, Spain, and England. 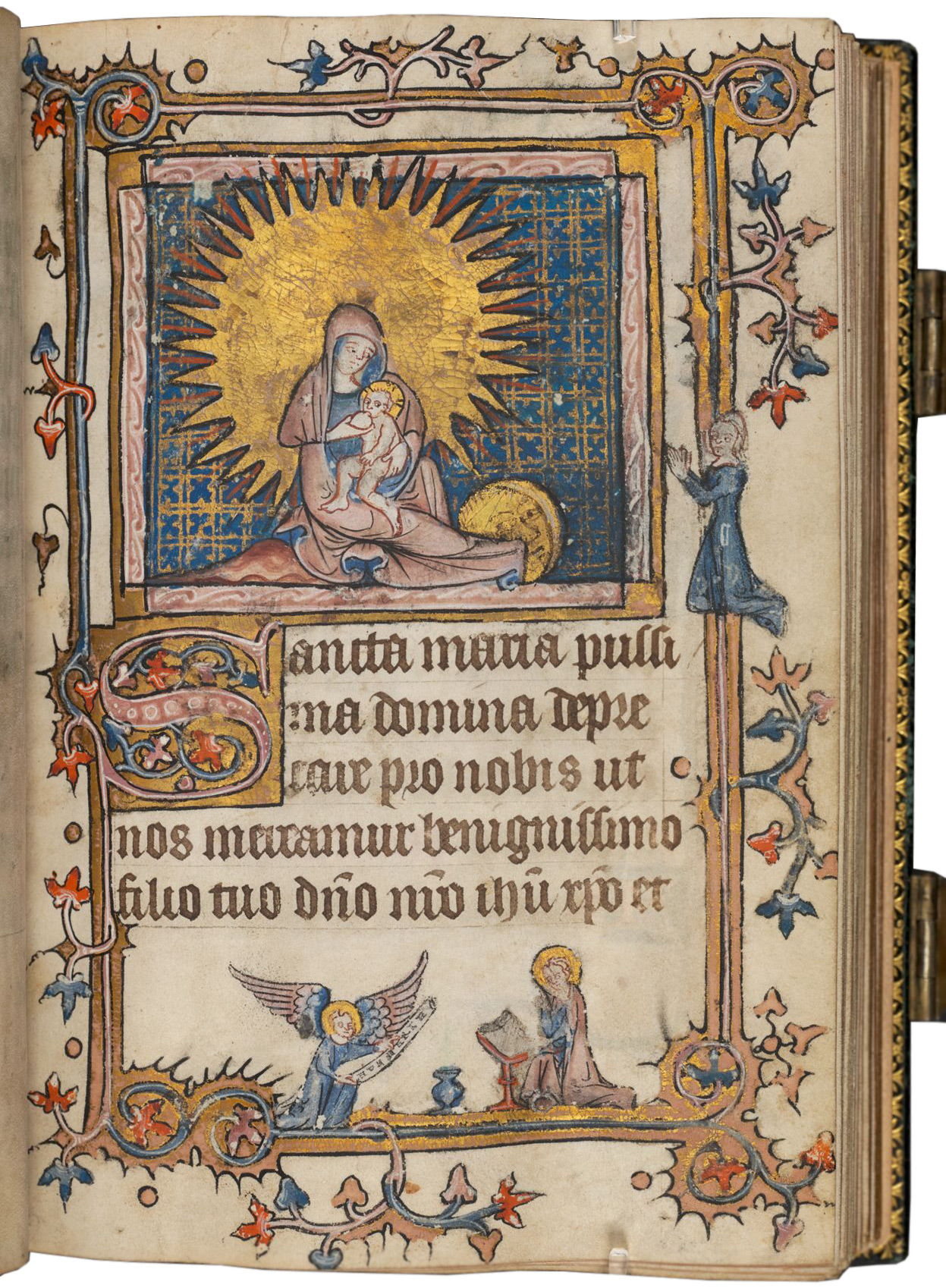 Two volumes, once part of a larger group of 14 choirbooks commissioned by the Benedictine monastery of San Sisto in Piacenza, Italy during the last quarter of the 15th century. The complete set of choirbooks was used continuously at the monastery for approximately 300 years. 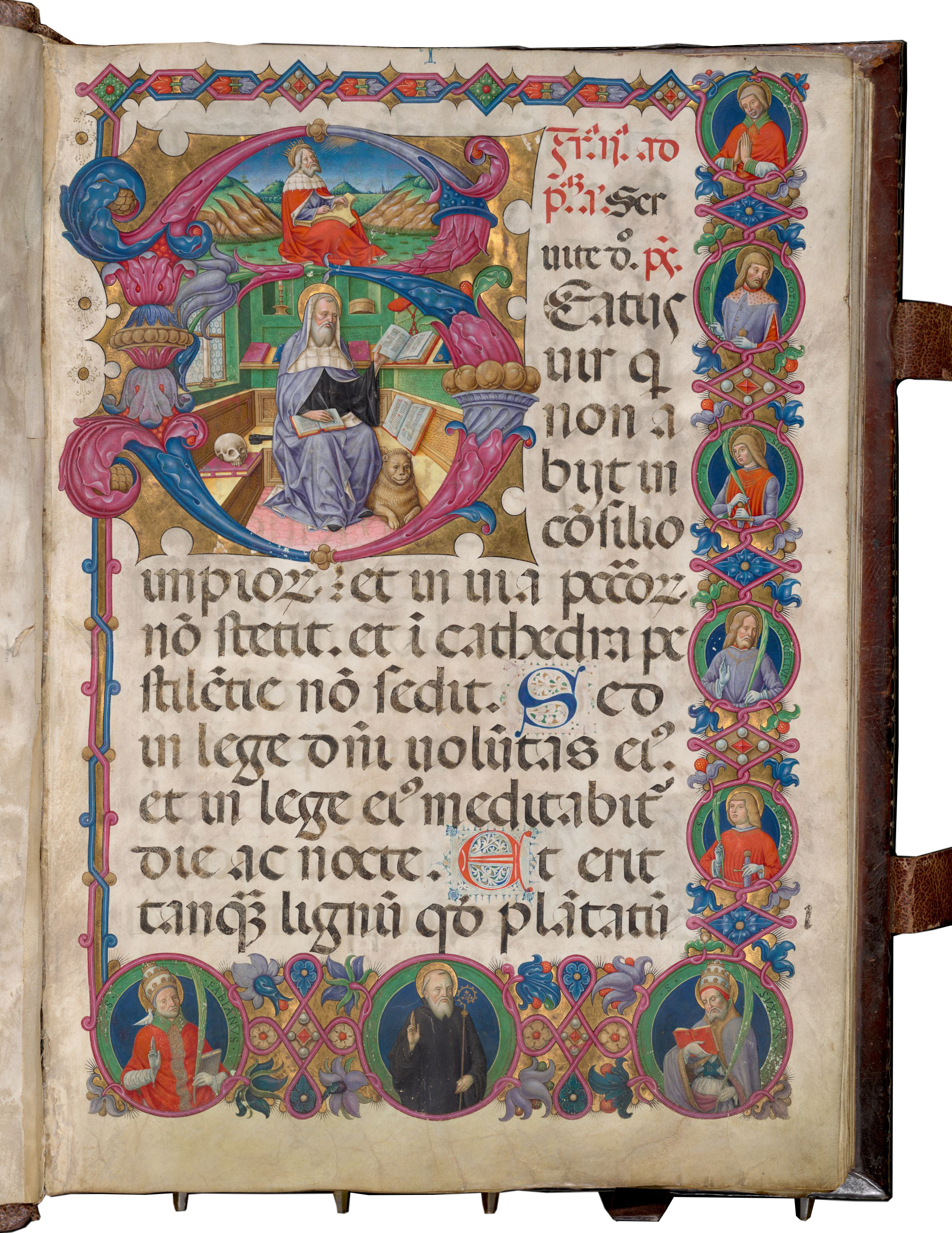 Written in the first third of the 10th century (per Bernard Bischoff) at the Benedictine abbey of St. Allyre in Clermont, France. Later owned by Joseph-Félix Allard (1795-1831), and Sir Thomas Phillipps. Purchased by the BPL in 1947 from the firm of W.H. Robinson. 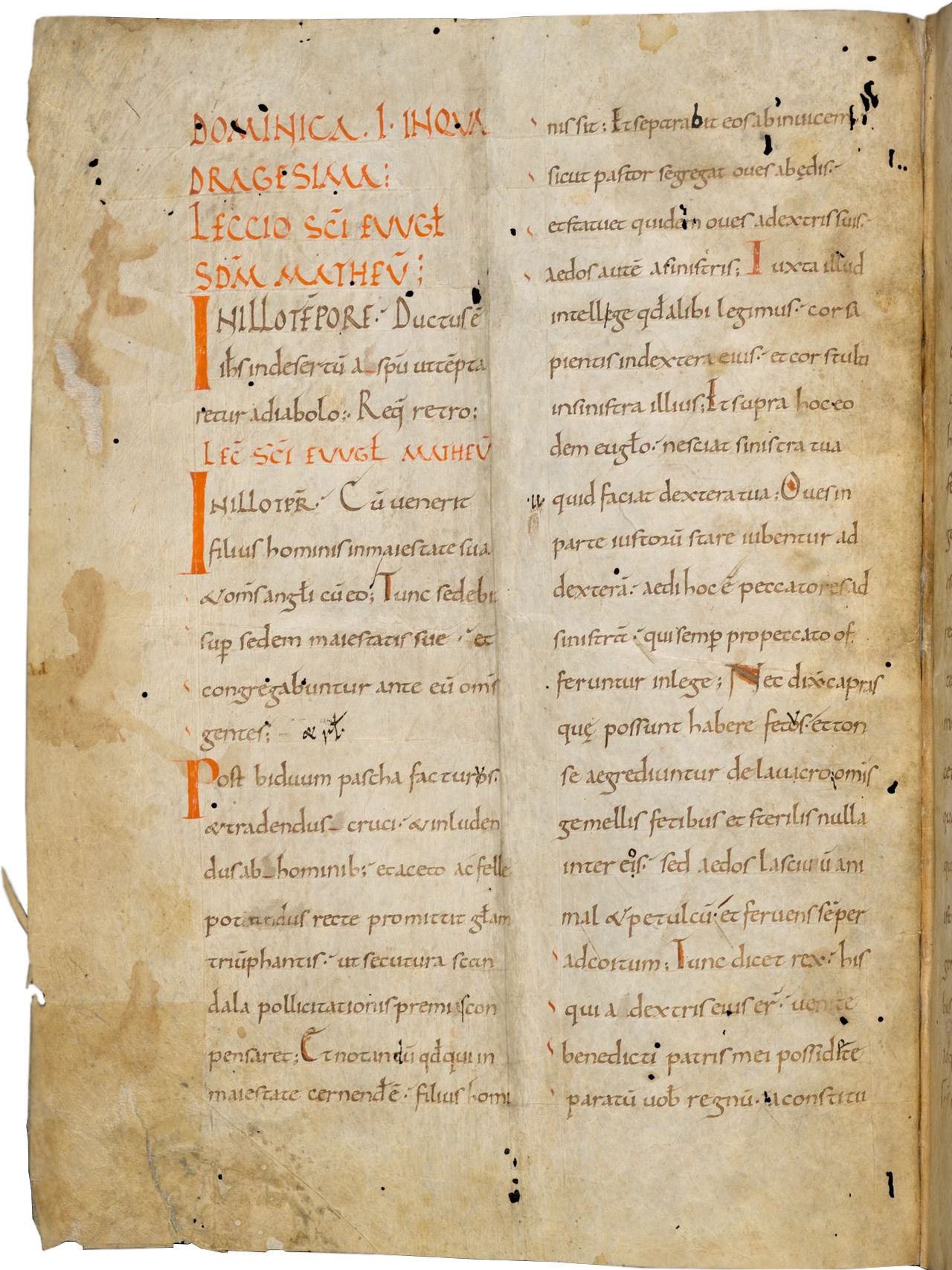 This is considered by scholars of Christine's work to be among the earliest and possibly the truest copy of the text, possibly created under the direction of the author herself. 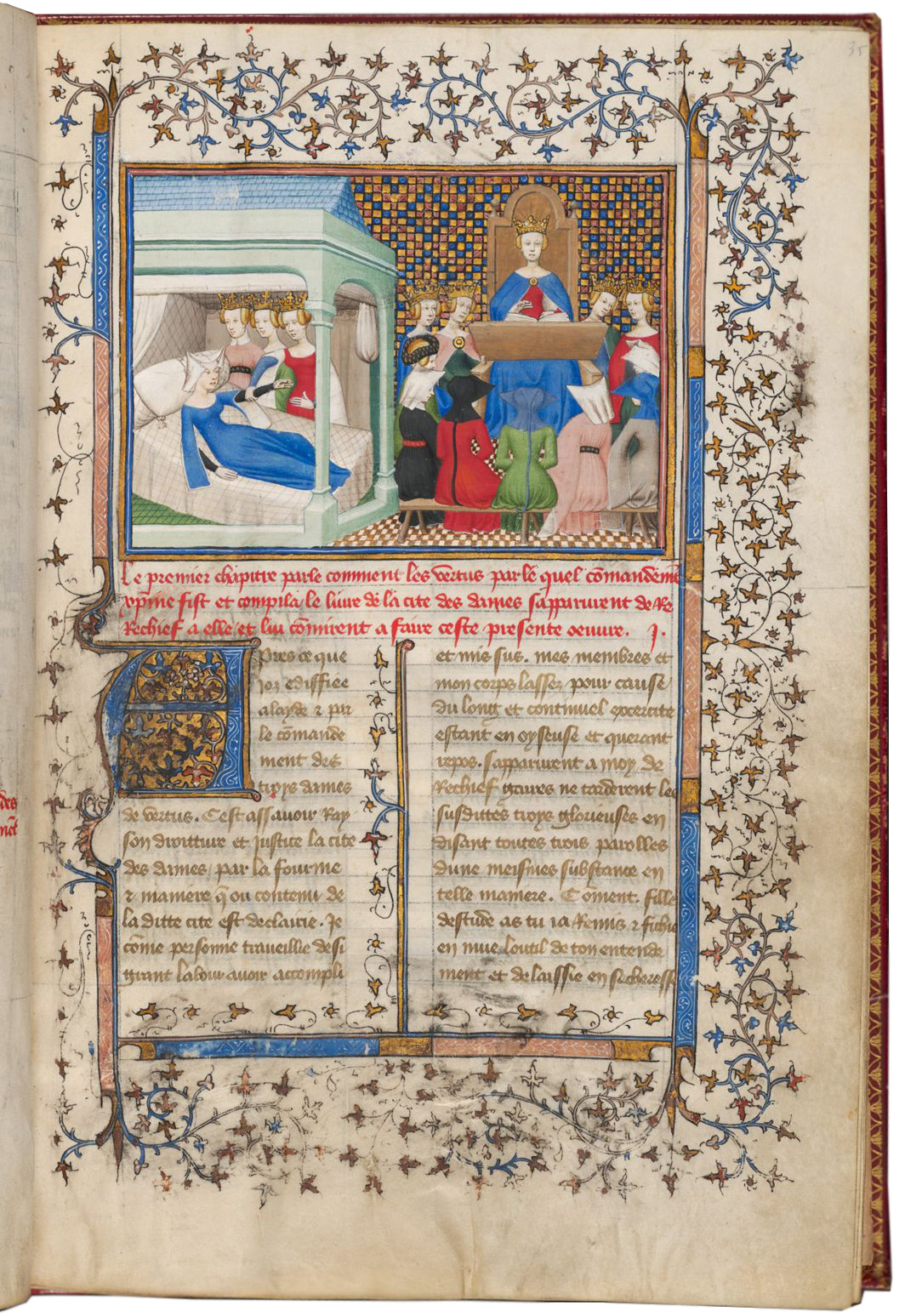 A 14th-century devotional picture book with miniatures by the so-called Master of 1411 (MS q Med. 85)

Focusing primarily on Christ's ministry and miracles, the images in this book were intended to provoke reflection and devotion. Apparently an object of import to generations of readers, the manuscript retains evidence of reading and use that seems to span centuries.

Most of the images are attributed to the Bolognese Master of 1411. This eponymous artist takes his name from a detailed illumination showing the Porta Ravegnana market in Bologna, found in a manuscript of the statutes of the city's drapers guild, which is also attributed to him. 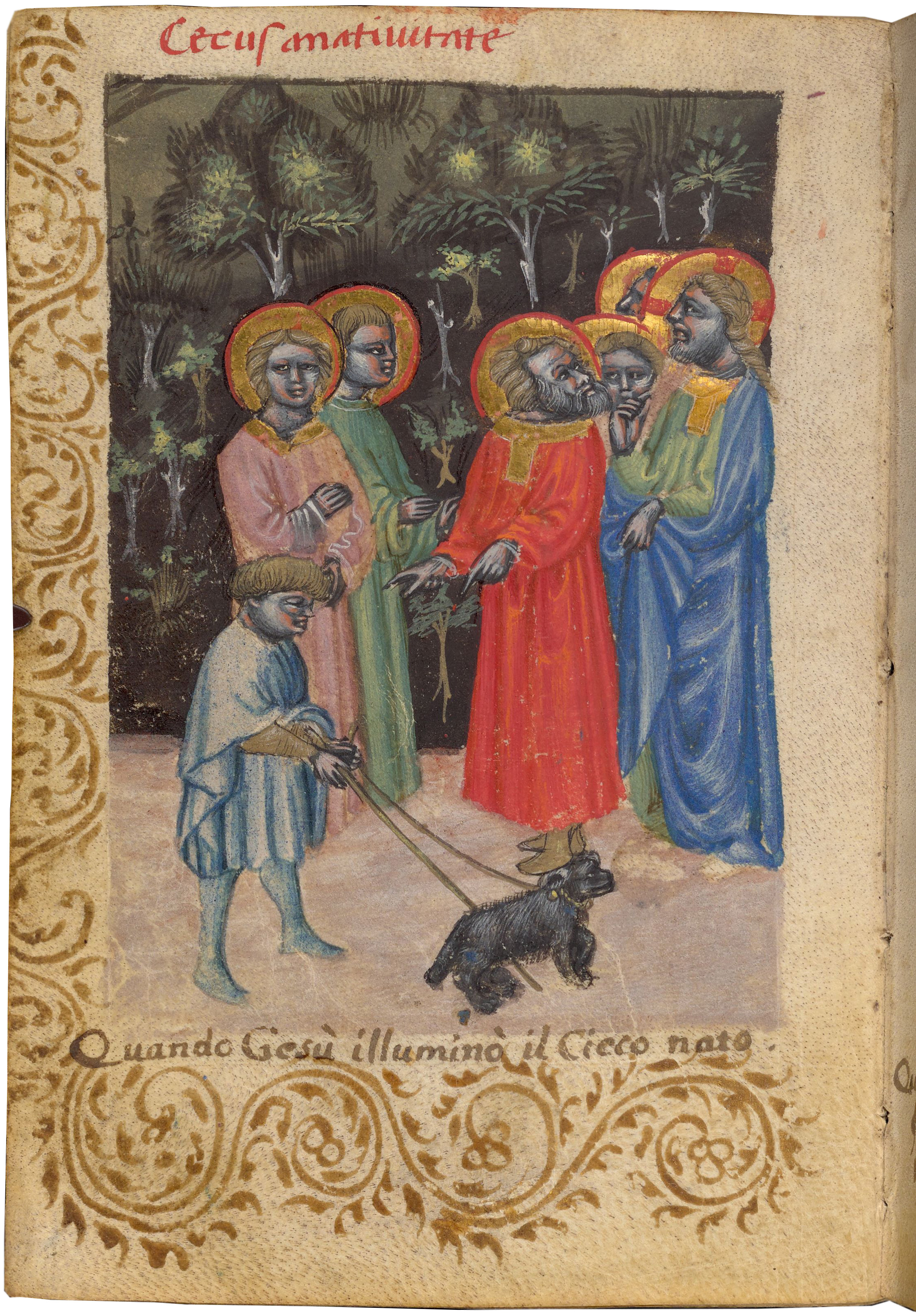