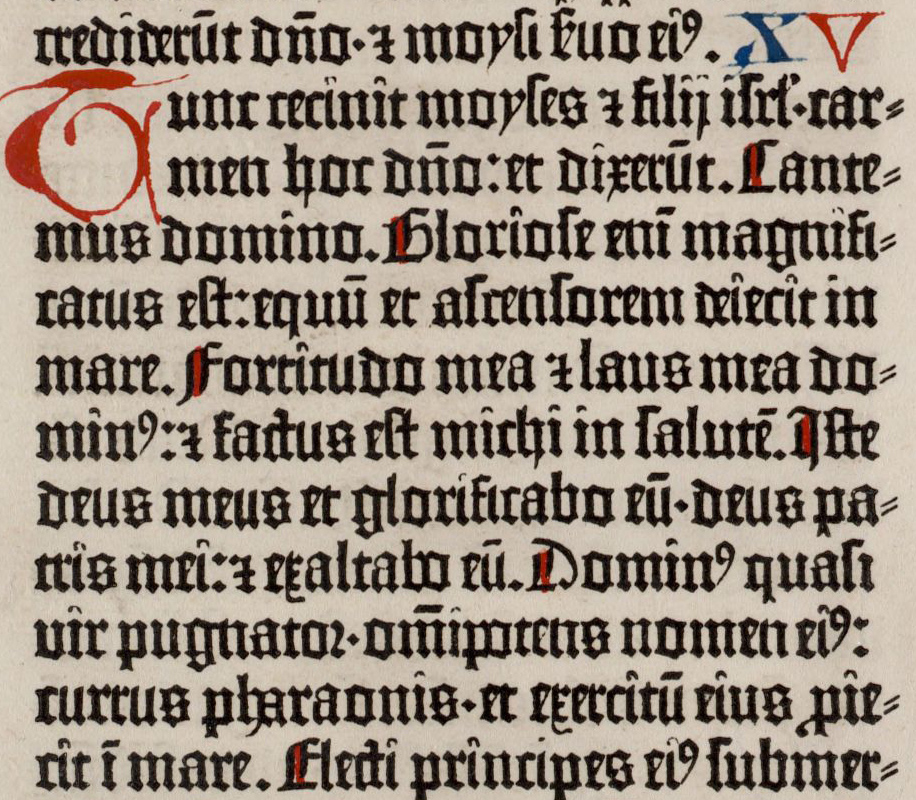 Books printed in Europe before 1501 are frequently referred to as "incunabula." This word is borrowed from Latin. It means "cradle," or "swaddling clothes."  When scholars use the word "incunabula" (plural) or "incunable" (singular) to describe books, they conjure the image of something brand new: the infancy of printing in Europe.

In the 1430s, Johannes Gutenberg, of Mainz, in present-day Germany, began working to refine a number of technologies, which he eventually applied to the production of printed books. Gutenberg's work culminated in the first substantial book printed with moveable type in Europe: the 42-line Bible of ca. 1454, also known as the Gutenberg Bible, a sample of which is shown on the right.

The methods for printing that Gutenberg developed spread quickly through the commercial centers of Europe. By the end of the 15th century, presses had been established in major cities throughout the continent. These new presses churned out books, pamphlets, and broadsides in vast numbers.

Image: a passage of text in the BPL Gutenberg Bible leaf (click to see the full view)

As of June, 2022, the collection is comprised of​​​ 580 discrete 15th-century editions. Within this group, there are a small number of duplicates, as well as a number of multi-volume sets. The total number of physical items in the collection printed during the 15th century -- counting duplicates and individual volumes -- is 597. 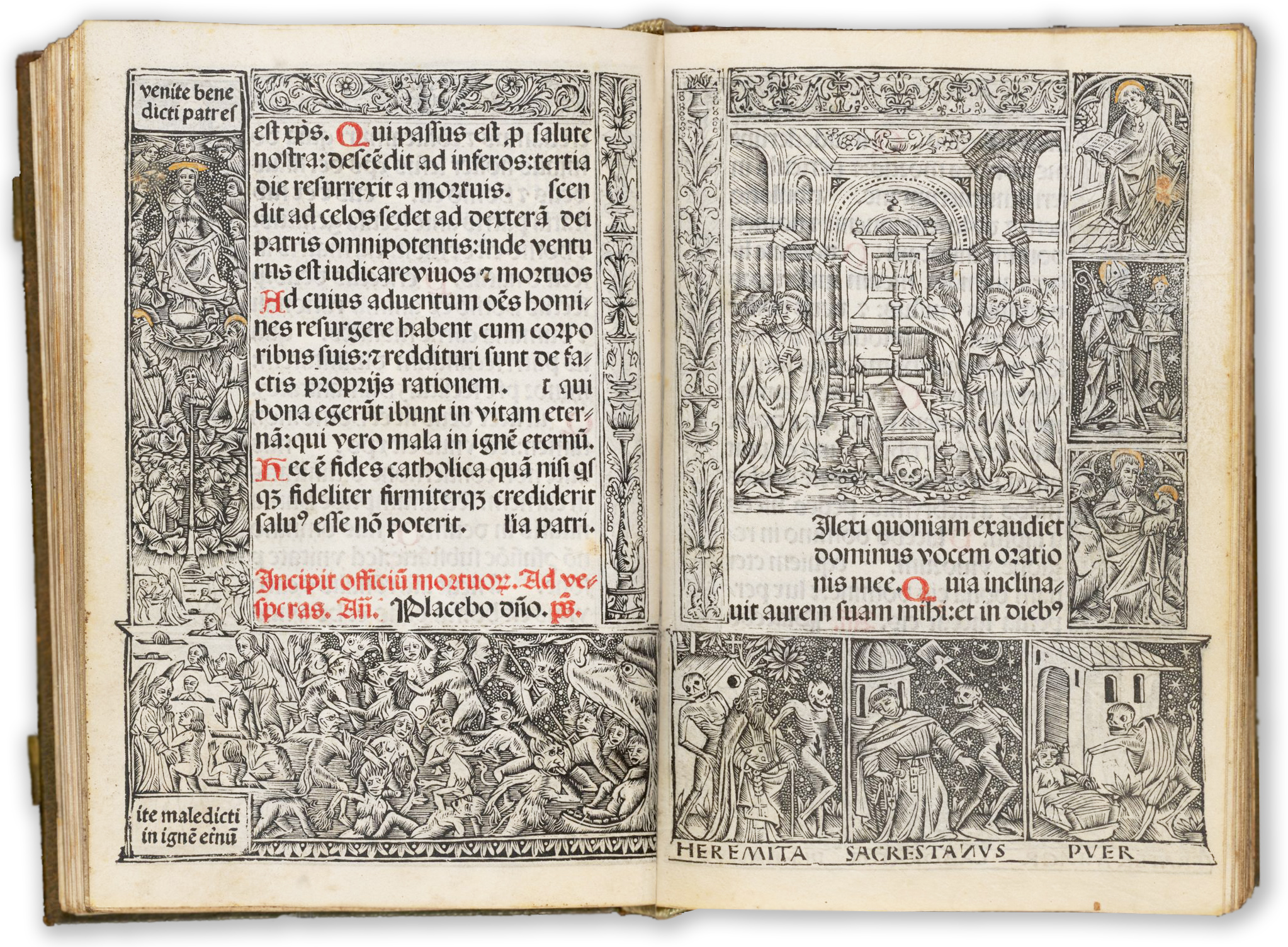 Image: a book of hours printed in Lyon in 1499. Click to see the digitized version. 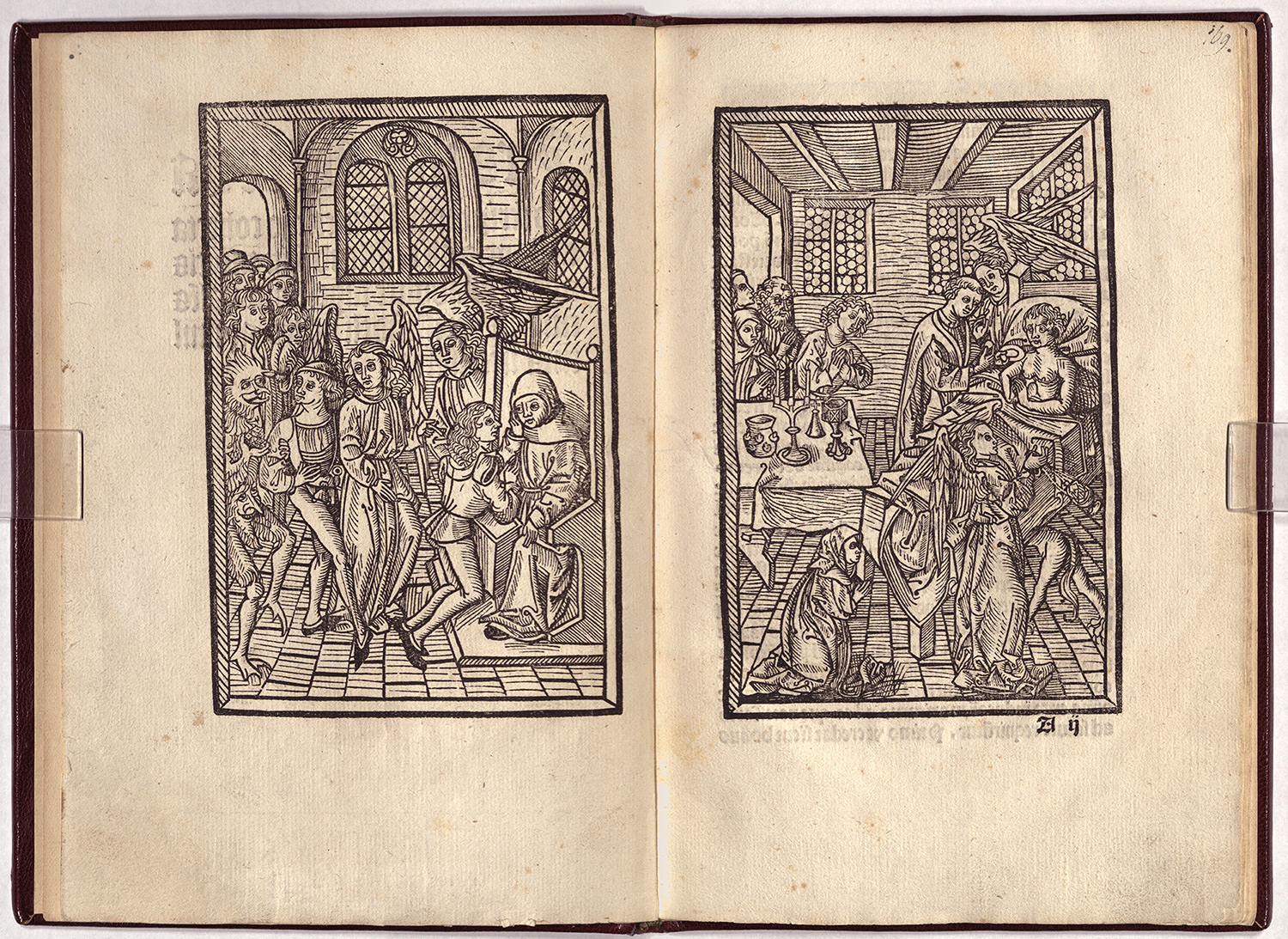 History of the BPL's Collection

The BPL incunabula collection has grown slowly over time. The first incunable acquired by the library -- a copy of the 1493 Latin edition of the Nuremberg Chronicle -- was purchased in 1857. A further seven items were added before 1860, but the first major step forward for the collection came the following year, in 1861, with the bequest of the library of Theodore Parker, which brought with it some 29 incunabula. A small number of incunabula also arrived via the deposit of the Thomas Prince Library and Collection of the Old South Church in 1869 and via the bequest of George Ticknor’s collection of Spanish and Portuguese literature in 1871.

Throughout the late 19th and early 20th centuries, the collection continued to steadily, if modestly grow. By 1929, when Zoltán Haraszti began publishing a 13-part checklist of BPL incunabula in More Books, the collection numbered approximately 200 items. During the decades that followed, Haraszti was primarily responsible for growing the collection into what it is today, focusing much of his efforts on major purchases of early printed books.