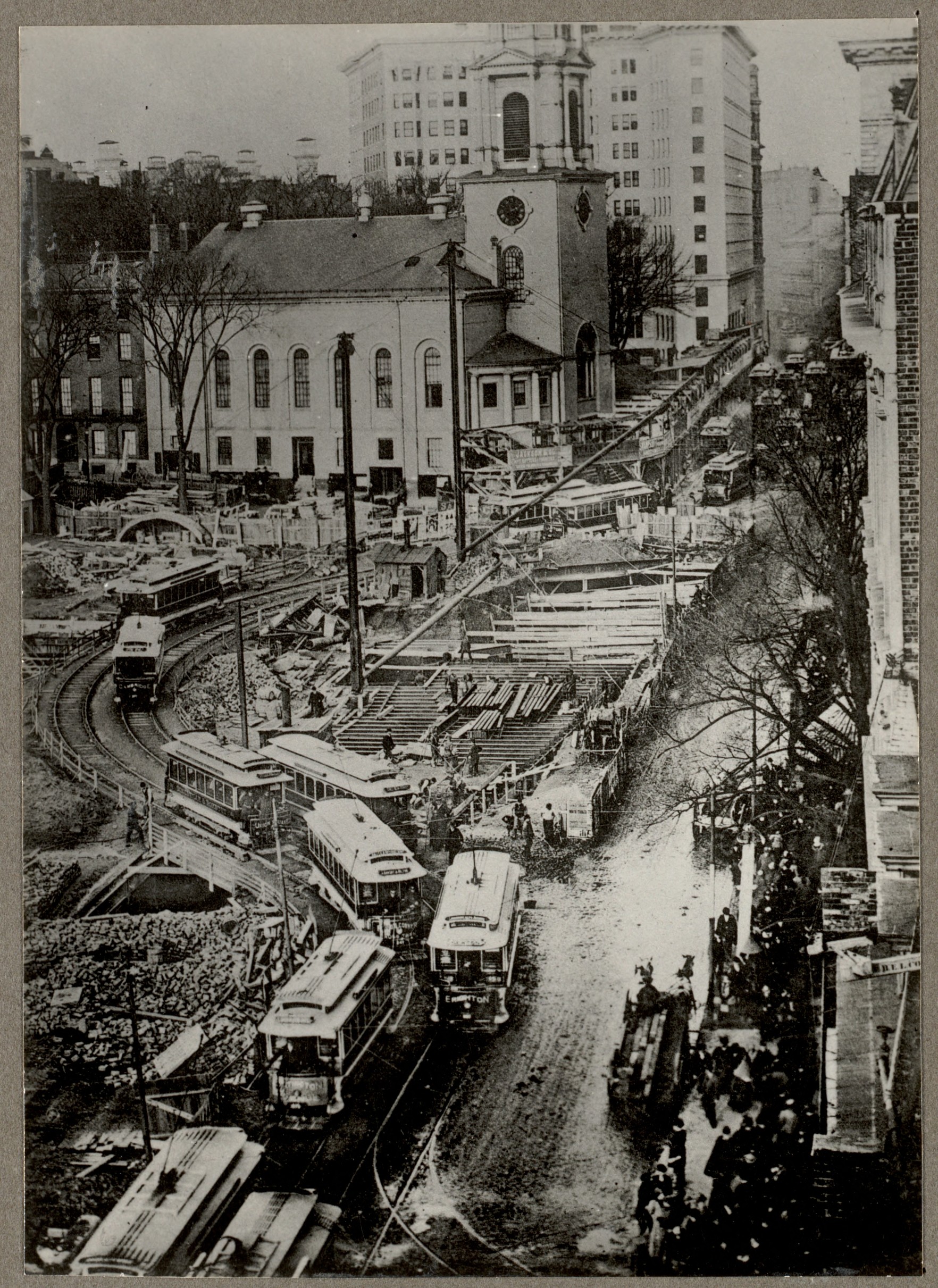 A good overview of the history of transit in Boston is available on the History section of the old MBTA website. This reproduces the narrative portion of the 1993 Chronicle of the Boston Transit System by George MacLaren Sanborn, a librarian at the State Transportation Library.

Not included on that site is Sanborn's detailed 75-page chronology of significant events in Boston transit history between 1793 and 1992, but a plain-text version that does include the chronology is available here.

The other tabs in this box describe some secondary sources relating to the history of transit in Boston, and the boxes below describe significant original documents in the BPL's collections (many of which have been digitized), as well as other types of media available through the BPL and elsewhere online.

At right is Park Street Station under construction sometime in the 1890s.

All of the titles below are available for in-library use only and may be requested from the Delivery Desk on the second floor of the McKim building at the Central Library.

The online catalog can be searched using a variety of methods, but one of the most useful is the Subject field, which searches the Library of Congress Subject Headings that are assigned to each title so that works on a given topic can be found using standardized terms. On the right side of every title's online catalog record is a list of clickable subject headings like those shown at right, which will provide a list of all other items that have received the same heading. 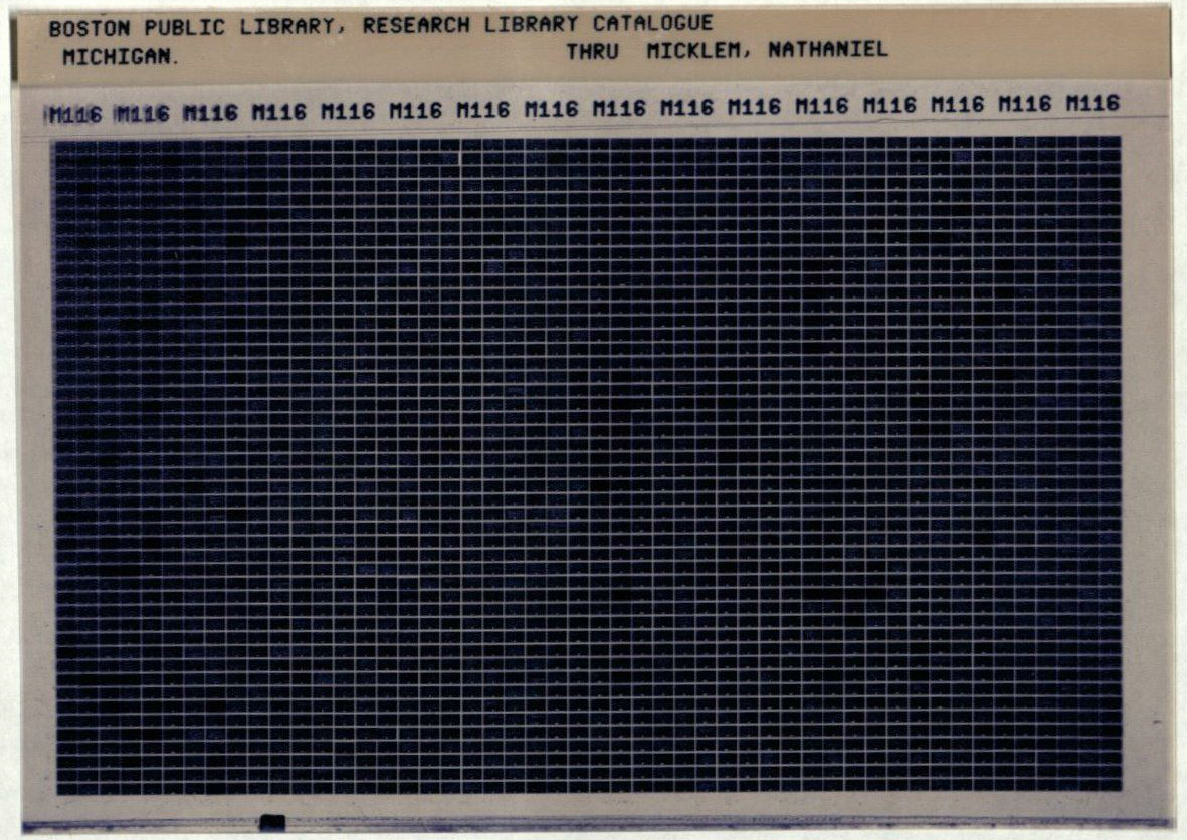 The microfiche catalog reproduces on microfiche cards (top right) the cards from the old research library card catalog (bottom right). Unlike the online catalog, it cannot be searched using keywords or most of the other available search options. Items can only be found using the title, author, or subject headings, so familiarity with searching by subject is helpful for effectively using this catalog. 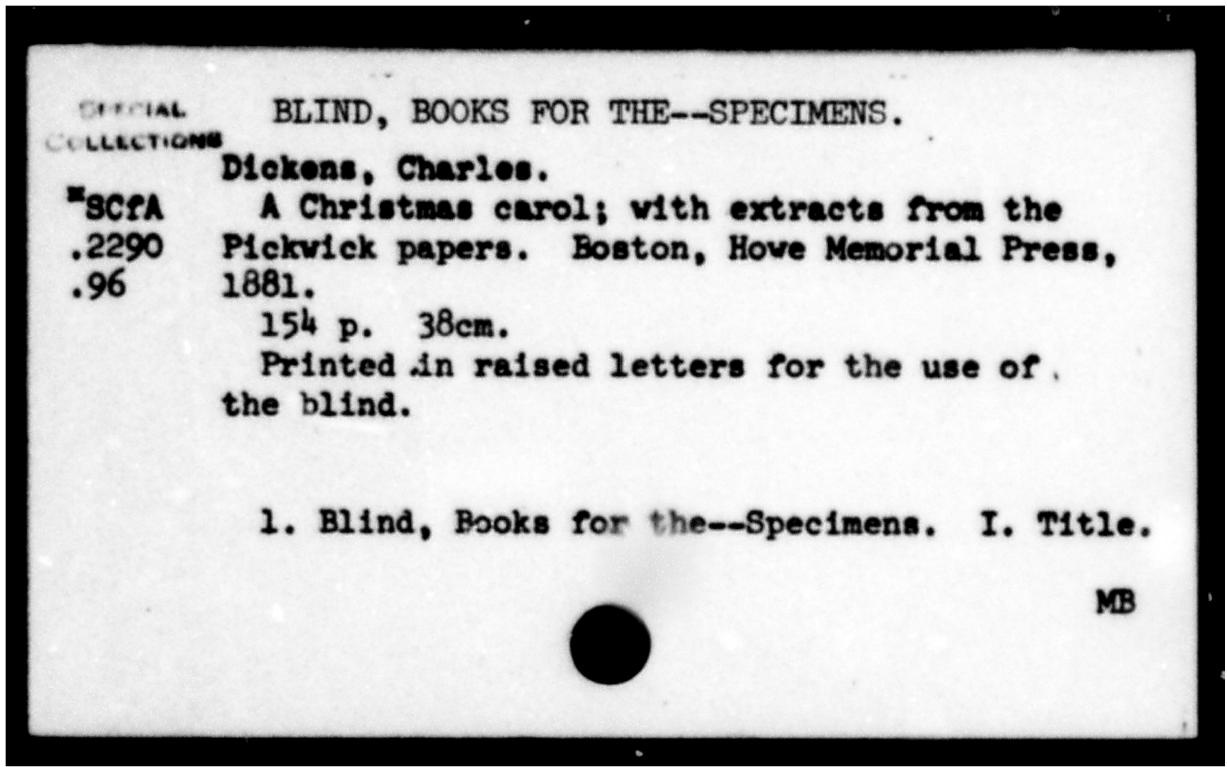 Precursors of the MBTA - Documents 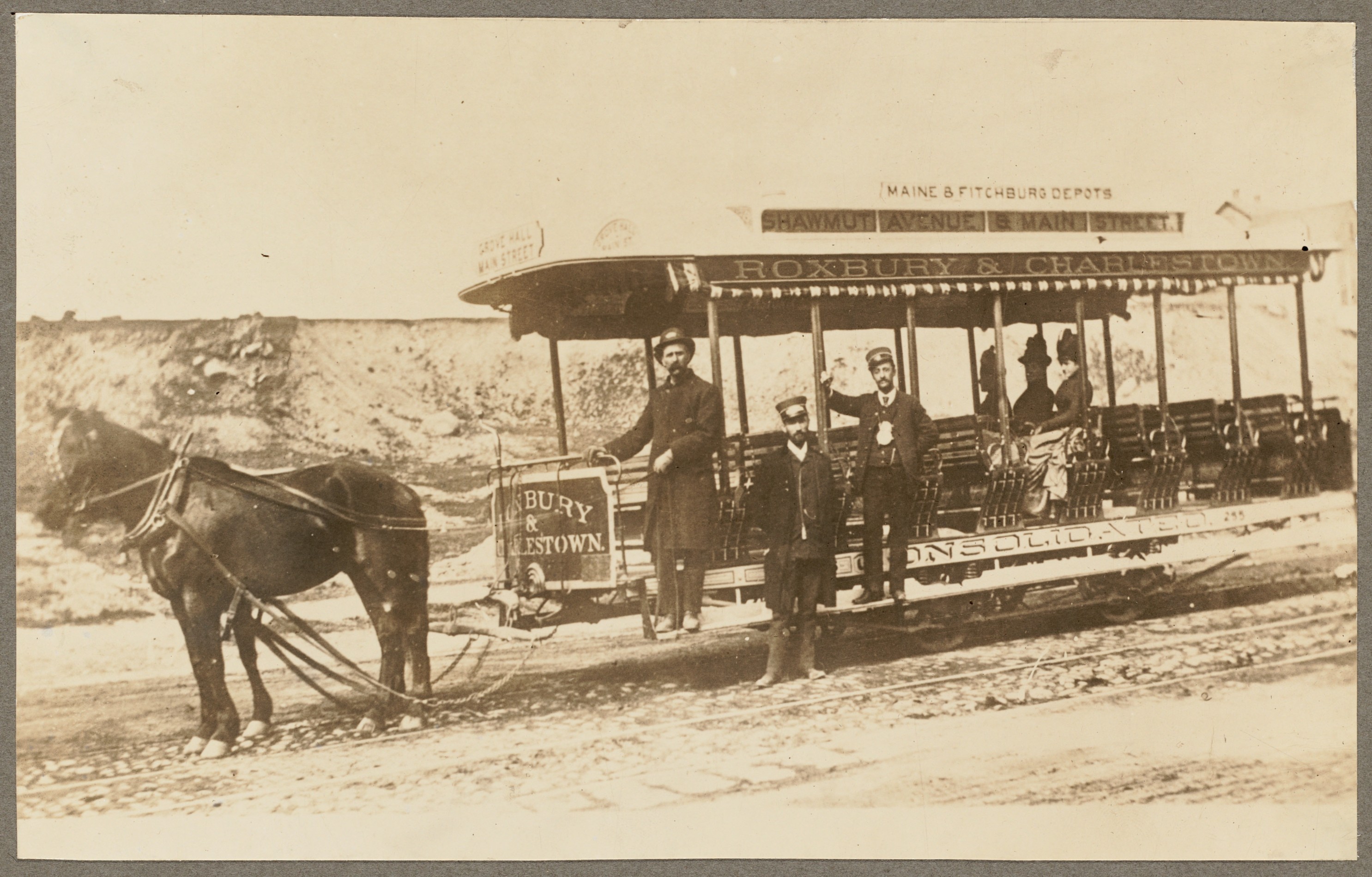 In 1887, the General Court of Massachusetts consolidated a number of competing horsecar companies into the West End Street Railway Company (Acts of 1887, Chapter 413), beginning the process of developing a centrally organized transit system for the city.

The BPL has Annual Reports of the company from 1888-1897, when the company was effectively taken over by the Boston Elevated Railway Company. The BPL's copies have not been digitized, but digitized versions are available on Hathitrust.

The BPL also has a copy of the company's 1892 Rules and Regulations for the General Guidance of Conductors, Drivers and Motor Men, as well as the 1892 History of the West End Street Railway (also digitized here). 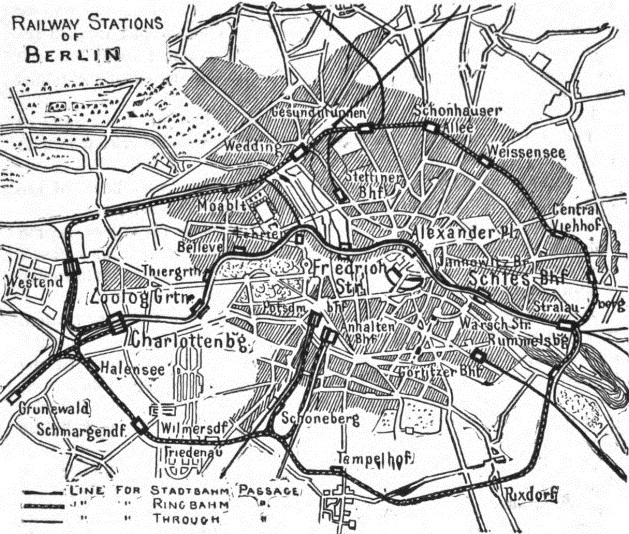 In 1891 the General Court of Massachusetts created the Rapid Transit Commission to generate recommendations for the development of transit in Boston and its suburbs (Acts of 1891, Chapter 365).

Its Report of the Rapid Transit Commission to the Massachusetts Legislature was delivered in 1892. A digitized version is available here. The report includes comparative analyses of the transit systems of other large cities, such as Berlin (right).

In addition to its Annual Reports, which have been digitized, the BPL has a variety of other documents created by the Boston Transit Commission, including construction contracts, leases, and other reports.

The Boston Elevated Railway Company initially operated as a private company, and Annual Reports of the Directors are available digitally here.

In 1918 the legislature placed the operation of the elevated railway under partial government control (Special Acts of 1918, Chapter 159). Subsequent annual reports were issued under the auspices of the Board of Public Trustees, and are available (with some gaps) in digital form here and here. See also this record for print copies of the first reports issued after establishment of public control.

In addition to annual reports, the BPL also has a wide range of other documents and publications from the Boston Elevated Railway Company, including the company's magazine Co-operation, some volumes of which have been digitized. 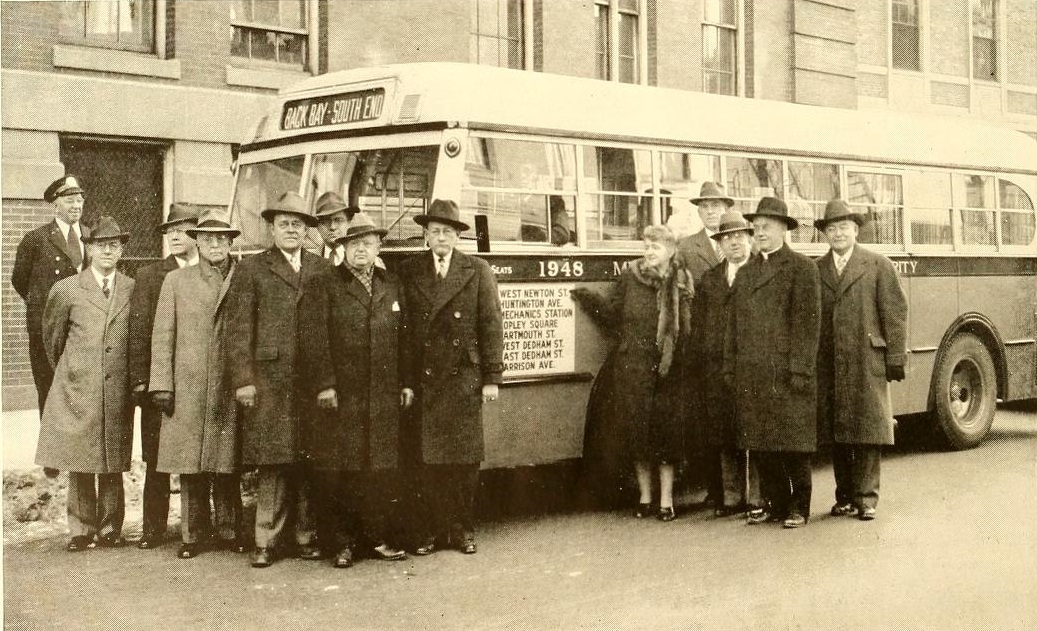 In 1947 the Massachusetts legislature acquired all assets of the Boston Elevated Railway Company, placing it under total public control, and created the Metropolitan Transit Authority to oversee its operations (1947 Acts, Chapter 544).

MTA documents at the BPL include the Annual Reports (all of which have been digitized) and a 1959 report on the impacts on the subway system of the impending Prudential Center and Government Center developments. 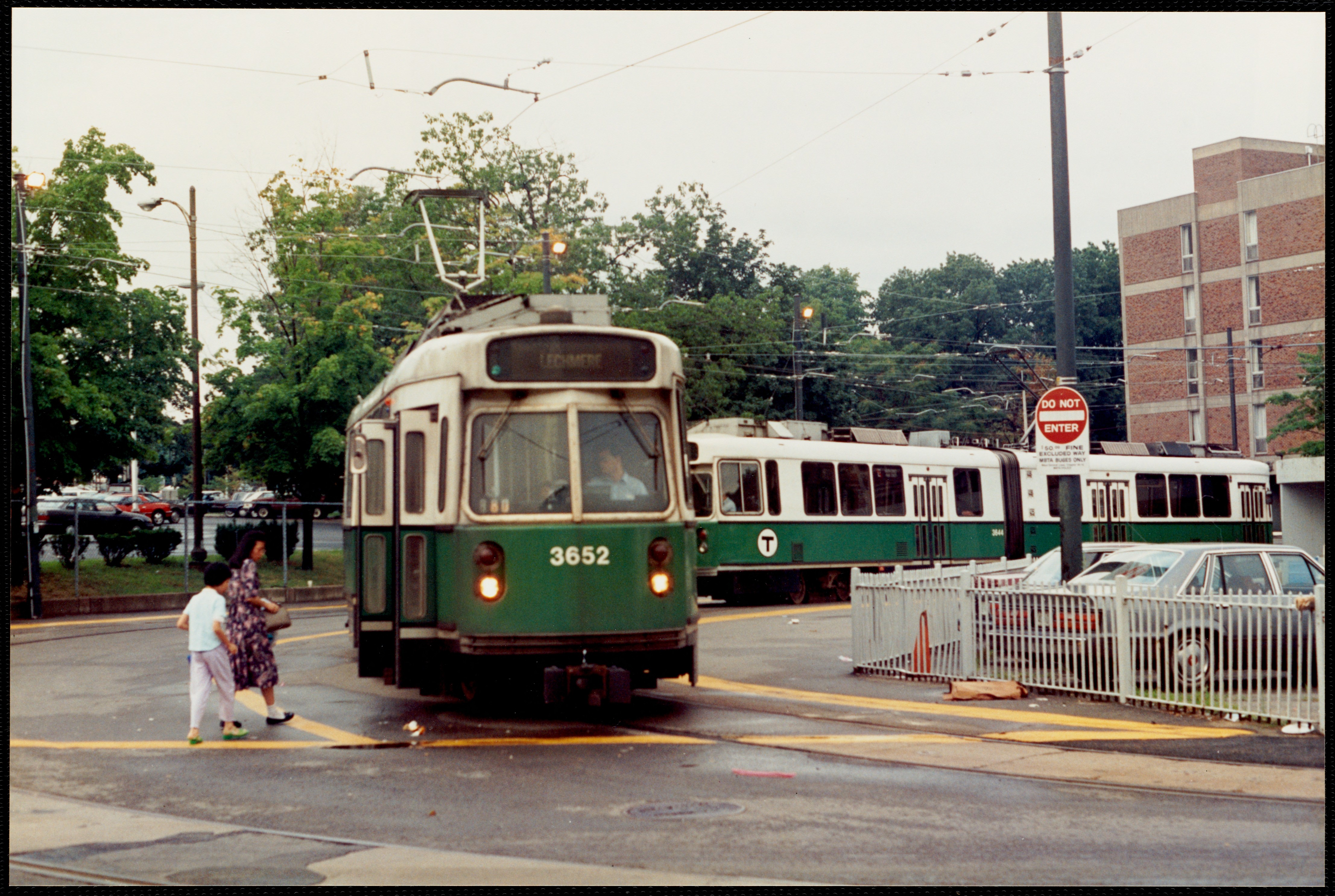 The BPL has a huge number of MBTA documents in its collections. Highlighted here are some of the major planning documents available in digitized form:

Again, these are just a few selections from the continuously updated collection of MBTA documents at the BPL.

Highlighted here are some unique reports on special aspects of MBTA operations and users:

During the Southwest Corridor project, which rerouted the Orange Line between Chinatown and Forest Hills, the MBTA published Southwest Corridor News, of which nearly all issues have been digitized, to report on the project's progress. 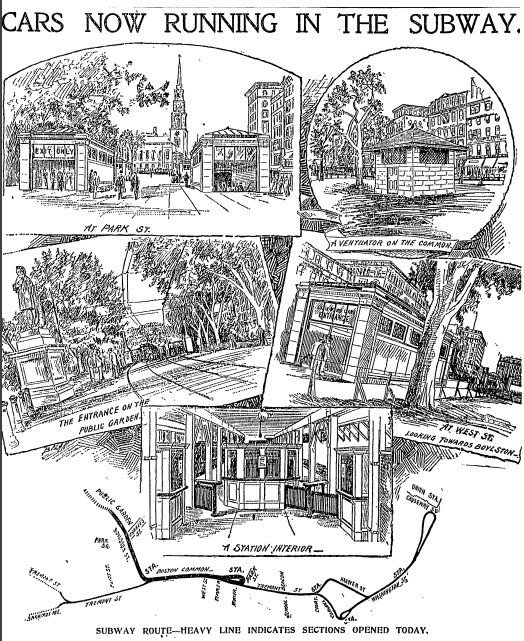 The transit system was and is a regular subject of coverage for Boston newspapers. See the BPL's Newspaper Guide for more information about its extensive collection of Boston newspapers available online and on microfilm. There are also a couple of transit-specific collections:

History of the Boston Street and Elevated Railways

This microfilm reel includes clippings from Boston newspapers relating to the earlier period of organized transit in Boston.

Historic photographs and other images of Boston's transit systems are available from a variety of sources.

All images digitized from the BPL's collections of prints and photographs may be found in Digital Commonwealth, along with images contributed by a variety of other institutions in Massachusetts. Although no longer updated, the BPL's Flickr page also includes photograph albums of Railroads & Subways and Elevated Railroads. 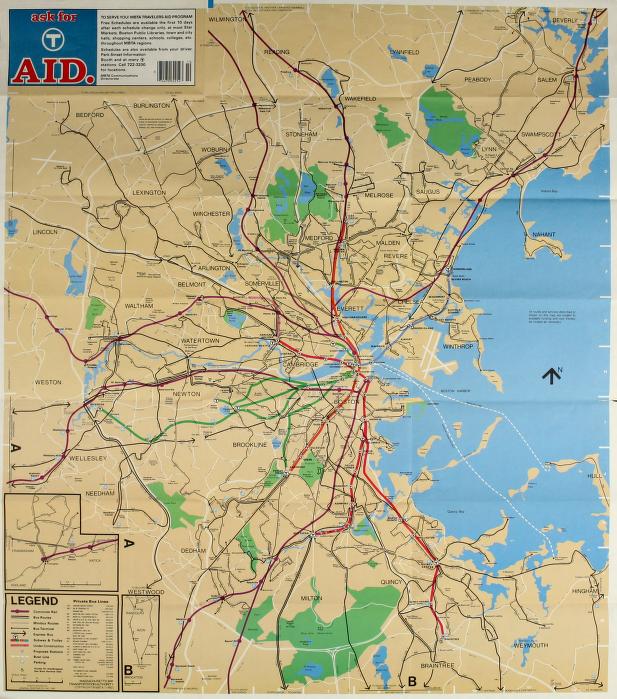 Many of the T system and bus maps in the Government Documents collection have been digitized.

The irregularly published System Route Map (also called the Official Public Transit Map) provides routes for all branches of public transit, including subways, buses, and commuter rail lines. Some also contain fare information and other details. The most detailed records indicate maps from 1965, 1967, 1978-1979, and 1982, but later maps from the BRA collection were given individual records and were more often digitized.

A variety of maps are also present in the collections of the Norman B. Leventhal Map Center and in their digital collections, such as these maps of street-railroad routes in Boston. 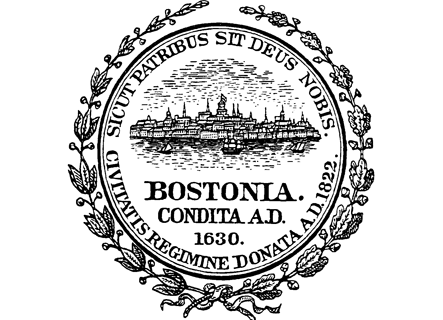 The BSRA is a non-profit organization "devoted to preserving and promoting the history of public transportation in greater Boston and New England." It produces publications and maintains an inventory of MBTA equipment and historical route information.