Resources at BPL and beyond about crime in Boston 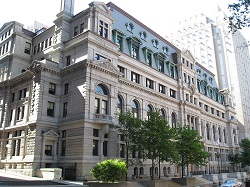 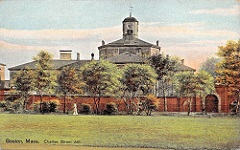 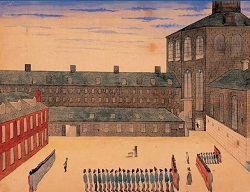 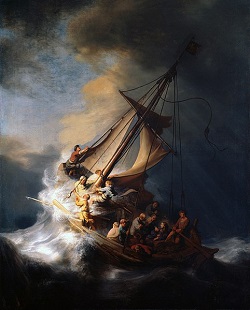 Rembrandt's Storm on the Sea of Galilee, stolen from the Gardner Museum in 1990

Crime has been part of the history of Boston almost since the beginning. This guide will give brief overview of some of the more notable crimes and criminals in Boston's past and offer suggestions for further research. 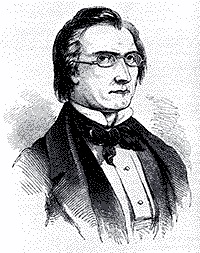 Convicted and executed for the murder of Dr. George Parkman in 1850. Webster owed Parkman money and was unable to pay, and supposedly murdered Parkman in an effort to hide his financial state. The case was notable for one of the earliest incidences of the use of forensic evidence to identify a body. 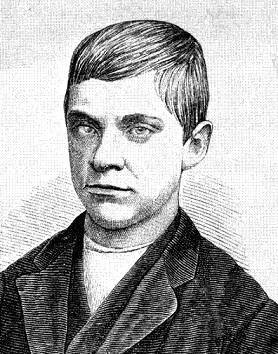 In 1874 at the age of 14, Jesse Pomeroy of Charlestown was found guilty of the murder of four-year-old Horace Millen. He had a history of kidnapping and assaulting children smaller than him, and was believed to be “mentally deficient.” He would also be found guilty of the murder of ten-year-old Katie Curran. Initially sentenced to death, his sentence was commuted to life in prison in 1876. Pomeroy would spend the next 53 years at Charlestown State Prison, much of it in solitary confinement.  In 1929 at age 70 and in failing health, he was transferred to Bridgewater State Hospital where he died three years later. 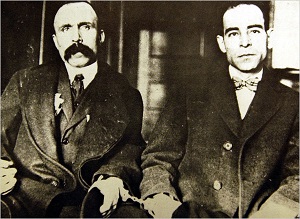 Convicted and executed for the 1920 murder of two employees of a shoe factory in Braintree during a robbery. Their conviction remains controversial to this day, due to significant pieces of evidence that suggest that one or both of them were innocent. 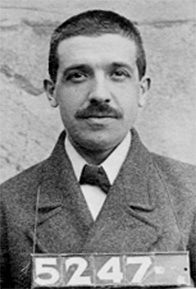 Convicted of forgery, mail fraud, and larceny in relation to defrauding thousands of investors of millions of dollars in the early 1920s. Served three and a half years in federal prison, nine years in state prison, and was deported in 1934. The scheme he used to defraud investors is now known as a Ponzi scheme. While he was not the first to employ such a scheme, he was the first to employ it on such a grand scale. 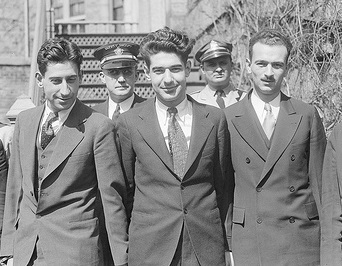 On February 2, 1934 Murton Millen, Irving Millen, and Abraham Faber (the Millen-Faber Gang) robbed the Needham Trust Company at gunpoint. Upon exiting the bank, the men took two hostages and fired on Needham police officer Forbes McLeod, who was killed instantly. A second police officer, Francis Haddock, was fatally wounded in a shootout with the gang shortly thereafter. All three men were arrested within days along with Murton Millen’s wife, Norma. The three men were found guilty of murder, sentenced to death, and executed. Norma was found guilty as an accessory and was sentenced to one year in prison. 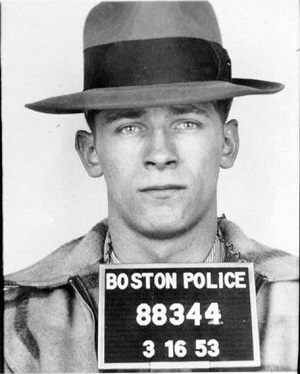 The former leader of the Winter Hill Gang and longtime entry on the FBI's Most Wanted List. Spent 16 years as a fugitive before being arrested in Santa Monica, California in 2011. Convicted of 31 out of 32 Federal charges including murder, money laundering, extortion, and firearms possession. He was sentenced to two consecutive life sentences plus five years.

On Tuesday morning, October 30, 2018, he was found unresponsive in his cell in a West Virginia prison and declared dead shortly thereafter. He was 89 years old. The official cause of death is listed as blunt force injuries to the head. Three men were charged with his murder on August 18, 2022. 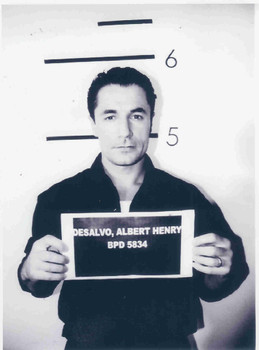 a.k.a. the Boston Strangler. Confessed to murdering 13 area women from 1962 to 1964.  Sentenced to life in prison and died in 1973 at age 42. For many years it was widely believed that DeSalvo either had an accomplice or was not guilty of all the murders to which he confessed. DNA evidence would later firmly tie him to the crimes. 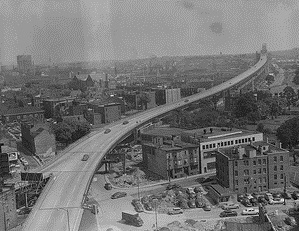 Murdered wife Carol DiMaiti Stuart on October 24, 1989, she was seven months pregnant at the time. Their son Christopher was born prematurely and died 17 days later. At the time of the event, Stuart claimed that a black man had shot both him and his wife. His brother Matthew would later confess to assisting him by disposing of the gun Charles used.

Charles Stuart died by suicide on January 4, 1990 after jumping off the Tobin Bridge, before he could be arrested and charged with double homicide. Matthew Stuart spent five years in prison for his role in the crime and died of an apparent drug overdose at a homeless shelter in 2011. He was 45 years old. 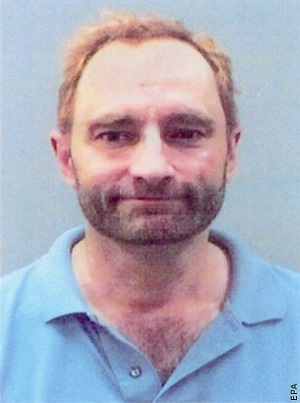 Convicted of parental kidnapping, assault and battery with a dangerous weapon, and first-degree murder. Married Sandra Boss using false name Clark Rockefeller, claiming to be a member of the wealthy Rockefeller family. The couple had a daughter and divorced after Ms. Boss discovered he'd been using a false identity. Gerhartsreiter kidnapped his daughter during a scheduled visit in Back Bay and was arrested six days later in Baltimore. His real name was subsequently discovered as well as that he was wanted in connection with the murder of John Sohus in California in 1985. He was convicted of murdering Sohus in 2013 and was sentenced to 27 years to life, and was also sentenced to 4 to 5 years for kidnapping and 3 years for assault and battery with a dangerous weapon. He is also suspected of murdering John Sohus' wife, Linda, who disappeared at the time of her husband's murder. 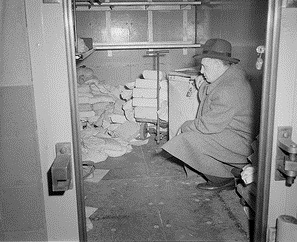 An armed robbery perpetrated by a group of several armed and masked men at the Brink's Building at the corner of Prince and Commercial Streets in the North End on January 17, 1950. Over $1.2 million in cash and $1.5 million in checks, money orders, and other securities were stolen. This was, at the time, the largest robbery in the history of the United States. While most of the perpetrators were eventually arrested, very little of the stolen money was recovered.

At the Blackfriars Pub on 105 Summer Street, five men were murdered in what police called a gangland-style execution in the early morning hours of June 28, 1978. Four of the men were known criminals while the fifth, John A. Kelly, was a former reporter for Boston's NBC affiliate who at the time was the manager of the pub. Kelly had been known to associate with known members of organized crime and it is thought that the murders had to do with a large amount of cocaine. The perpetrators and their true motive, however, remain unknown. 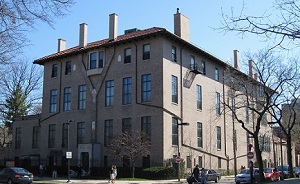 Around 1:30 in the morning on March 18, 1990, two men disguised as Boston police officers gained entry to the Isabella Stewart Gardner Museum and stole thirteen works of art worth an estimated $500 million in the largest theft of private property in U.S history. The artwork has yet to be recovered, despite several strong leads being followed over the years. Various area gangsters have either been strongly suspected of being involved or have claimed partial credit for it. 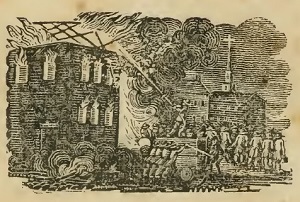 August 11-12 1834, an anti-Catholic mob rioted at a convent in Charlestown (now part of Somerville) run by Ursuline nuns believing that a Protestant girl was being held there against her will and forced to convert to Catholicism. The convent was completely destroyed after being set on fire by the mob. Thirteen men were charged with crimes relating to the riots, all but one was acquitted. The one man who was convicted was pardoned before serving his sentence of life at hard labor.

In 1755 wealthy landowner John Codman of Charlestown was murdered via poisoning as a result of a conspiracy by several of his slaves. Three slaves were tried for the murder and two, Mark and Phillis, were convicted. Phillis was sentenced to be burned at the stake while Mark was sentenced to be hung and gibbeted. Both sentences were remarkable, as very few people, let alone women, were sentenced to burn at the stake. Mark’s sentence was notable as his body remained hanging in chains near Charlestown Neck, which is now Sullivan Square, for many years. Paul Revere would later recall riding by Mark’s corpse during his famous midnight ride in 1775. 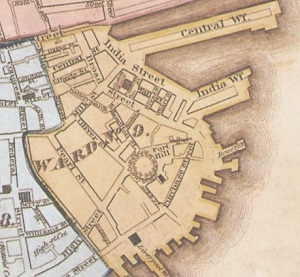 On June 11, 1837 a fire engine company comprised of U.S. born Protestants, or Yankees, on its way back to its station from a fire in Roxbury attempted to pass through an Irish Catholic funeral procession on Broad Street. A scuffle ensued when some of the mourners took exception to this interruption, and other fire companies were called to join the fray. About 1,000 people were involved in the ensuing riot in which the Irish mourners and their supporters were overwhelmed by Yankees, and their neighborhood was destroyed. The riot ended only when the Mayor sent 800 militia men to patrol the area. Fourteen Irishmen and four Yankees were indicted for their parts in the riot; the all-Yankee jury convicted the Irishmen and not the Yankees.