A guide to resources about devastating fires in Boston's history at the BPL and beyond. 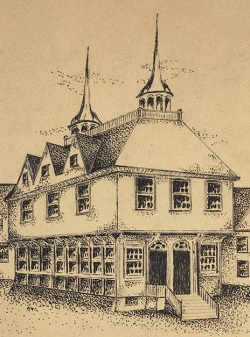 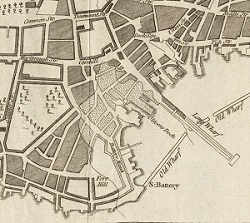 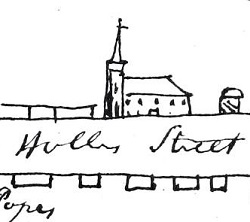 Boston has been the location of several devastating fires that have altered, for better and worse, the fabric of the city. This guide will give a brief overview of several of these fires and available resources for further research. 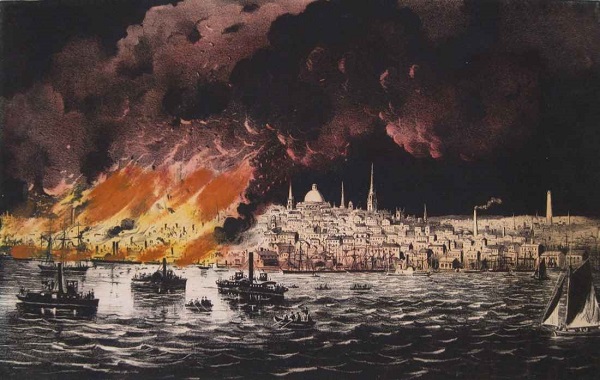 Great Fires of the 17th and 18th Centuries

Throughout the 17th and 18th centuries, Boston suffered numerous large and destructive fires. This is due in large part to the wood used in the construction of most of the buildings as well as inadequate fire prevention and fighting practices.

The first large fire occurred in 1653, the first large fire earning the appellation of “great” occurred in 1711.  In these and in several other fires of the colonial era many buildings were destroyed and many people were either killed or left homeless. As a result of the destruction of many of these fires, changes were put into place in an effort to prevent huge losses from happening in the future.

These are just a few of the fires that ravaged Boston in it's early history.

January 14, 1653
Many buildings were destroyed,  and 3 children were killed. As a result the town contracted with the owner of a water engine to have it be brought to fires while also acquiring 6 long ladders, 4 strong iron hooks, fire buckets, and requiring every property owner to have a ladder and a swab pole.

October 2, 1711
The first “great” fire to hit Boston, starting at what is now the corner of State and Washington Streets. It destroyed many buildings including Boston’s Town House and the first Meeting House, while also leaving 110 families homeless. Four sailors died in an attempt to save the bell from the Meeting House. The first Board of Fire Wards would be established a few months later, with 12 men appointed to the board.

March 20, 1760
What was at the time the worst fire to hit the American colonies, Boston’s second “great” fire destroyed 349 buildings between what is now Washington Street and Fort Hill. The fire left 220 families homeless, and also destroyed several ships anchored off of Long Wharf in Boston Harbor. Fortunately, no one was killed and there were few reported injuries.

The damages were estimated to be £53,334 (approximately $11.4 million today.) The Massachusetts legislature allocated £3,000 for relief assistance and donations came in to the town from throughout the British Empire as news of the damage spread. A petition for assistance to the Crown received no reply, which some historians think may have contributed to growing resentment towards the monarchy in the lead up to the Revolutionary War.

In the aftermath of the fire laws were passed requiring any building more than seven feet high to be made of brick or slate, and the streets in the area affected by the fire were widened.

April 20, 1787
Nearly 100 buildings, including the Hollis Street Church, were destroyed on land that is now occupied by Tufts-New England Medical Center. It caused $20,000 (approximately $2.8 million today) worth of damages and left 86 families homeless. The fast spreading of the fire, which started in a malt house, was blamed on dry and windy weather. Several nearby towns offered assistance in fighting the blaze, which was supposedly visible from 50 miles away. The New Relief Fire Society was formed six months later.