Panorama of the Boston Waterfront, from East Boston (ca. 1877)

Boston Public Library has a collection of over one million photographic images dating from the mid-19th century to the present day. The collection is largely documentary, representing the visual history of Boston, New England, the United States, and beyond, but it also represents an encyclopedic history of photography and the various ways photographers recorded images on paper, metal, glass, and film.

The collection was assembled to be shared freely with scholars, enthusiasts, artists, and anyone interested in viewing their world through a different lens and to learn about our shared history.

***Materials in this collection include, but are not limited to:*** 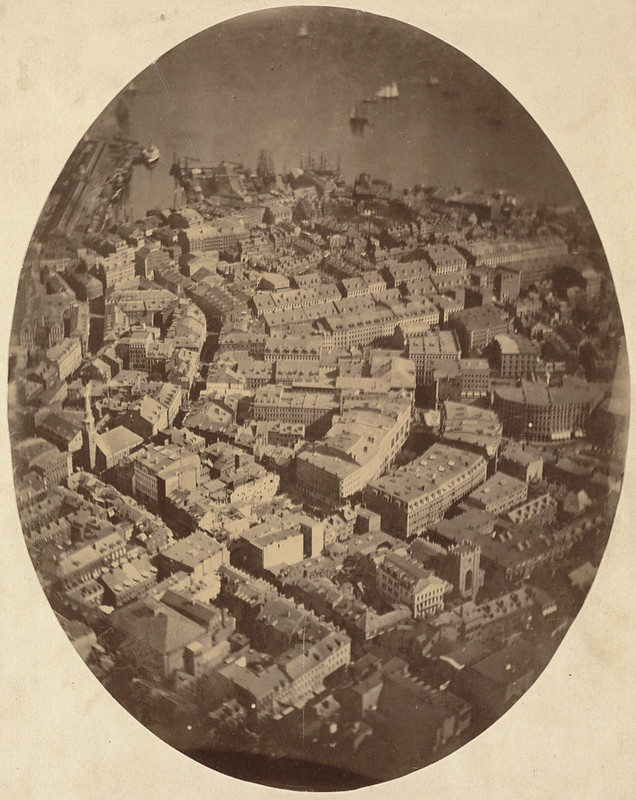 James Wallace Black, Boston, as the Eagle and the Wild Goose See It (1860)

In the 1970s, the Boston Public Library initiated a project to pull together photographs, prints, and drawings of the City of Boston into one comprehensive collection. The result was the creation of the Boston Pictorial Archive, one of the largest public collections of images of Boston, documenting the visual history of Boston from the Colonial period through the 20th century.

An important resource for users interested in many facets of Boston history, including architectural, social, business, institutional, and a fun browse for anyone interested in how their city, neighborhood, or block has changed over the years. 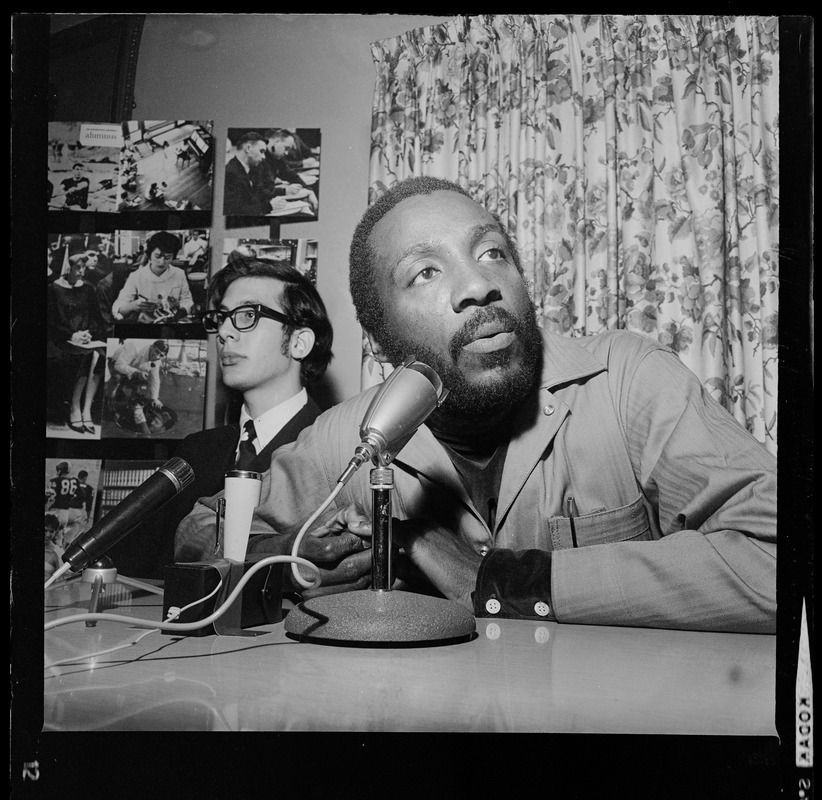 Other holdings include the Brearley Collection, a selection of negatives by local press photographers, mostly from the Boston Record-American, assembled by photojournalist Dennis Brearley. The crowning glory of the press photography collection is the Boston-Herald-Traveler Photo Morgue, approximately one million photographs representing the visual history of the region, the country, and the world.

Users interested in the history of journalism, the history of photography, and history of Greater Boston, will find a rich and layered visual record to explore, whether their interests are in sports, politics, the protests and demonstrations, or all of the above. 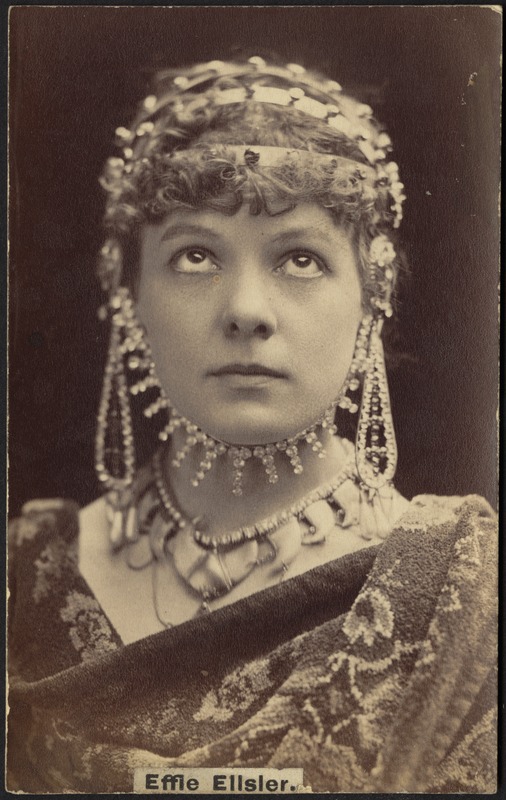 In 1970, BPL initiated a program to collect the work of artists with ties to Boston, including the work of local photographers. The intent was to create a representative archive of work from up-and-coming and established artists in the community, and to support those artists by purchasing their work and providing an exhibition venue outside the commercial gallery system.

The photographers in the collection made images to express themselves, to communicate their unique vision of the world, and to explore the communities and causes that inspired or disturbed them. Users interested in the history of photography, art history in general, and the history of the community of artists in Greater Boston will find great value in exploring this collection. 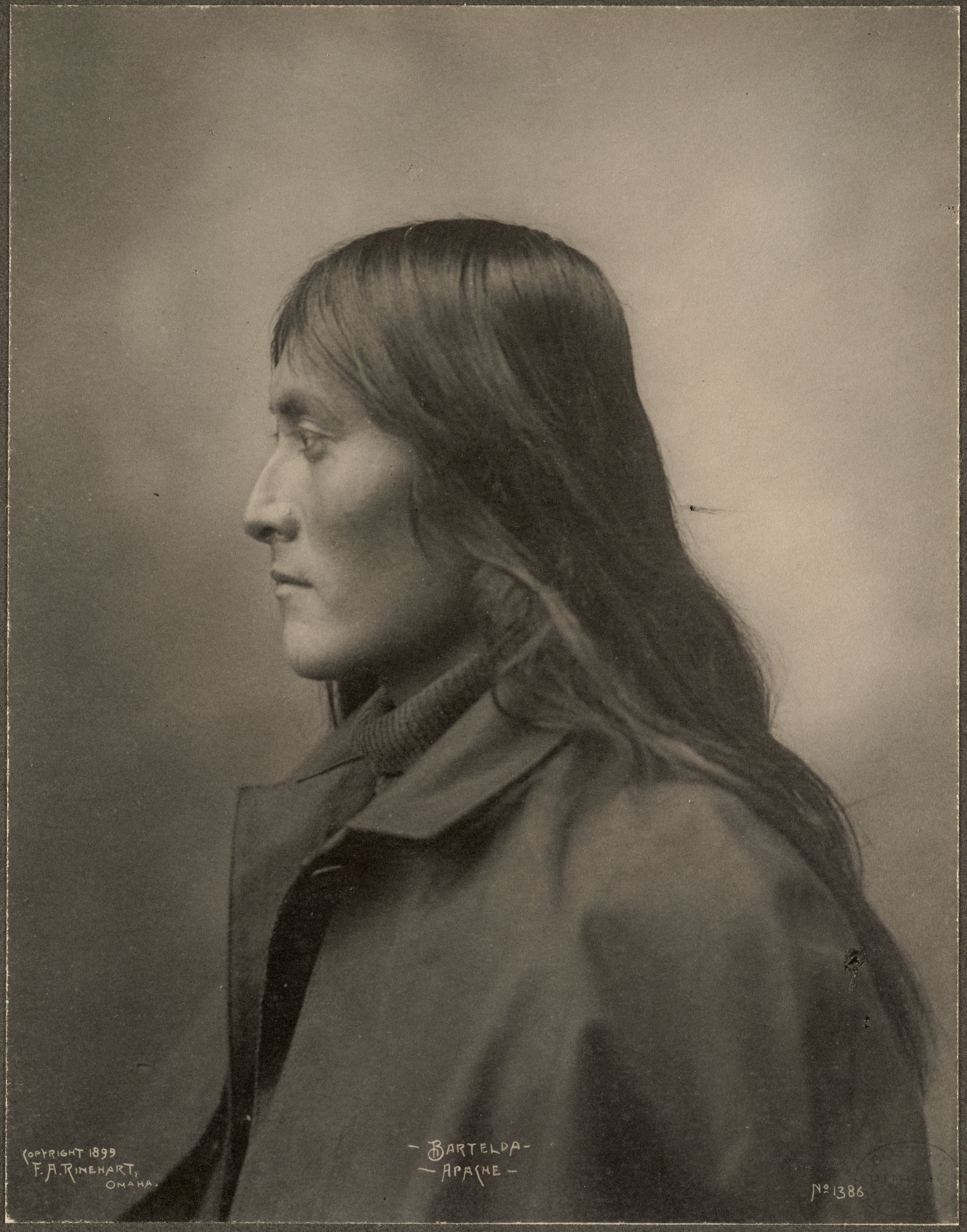 Photographs of the American West

BPL has a major collection of 19th-century photographs of the American West. The collection includes A.J. Russell’s Great West Illustrated, photographs of the Yosemite Valley by Carleton Watkins, Alexander Gardner’s Across the Continent on the Kansas Pacific Railroad, Timothy O’Sullivan and William Bell’s photographs for the Wheeler Survey, photographs by William Henry Jackson, and portrait photographs of Native Americans by Frank A. Rinehart in his commission for the Trans-Mississippi International Exposition in 1898.

This collection is relevant to patrons interested in the history and culture of indigenous peoples in the American West, America’s expansion into the territories, manifest destiny and its depredations and displacement of the original inhabitants, and the history of the land, its beauty and its resources, the expansion of the railroad, and the creation of the national parks system. 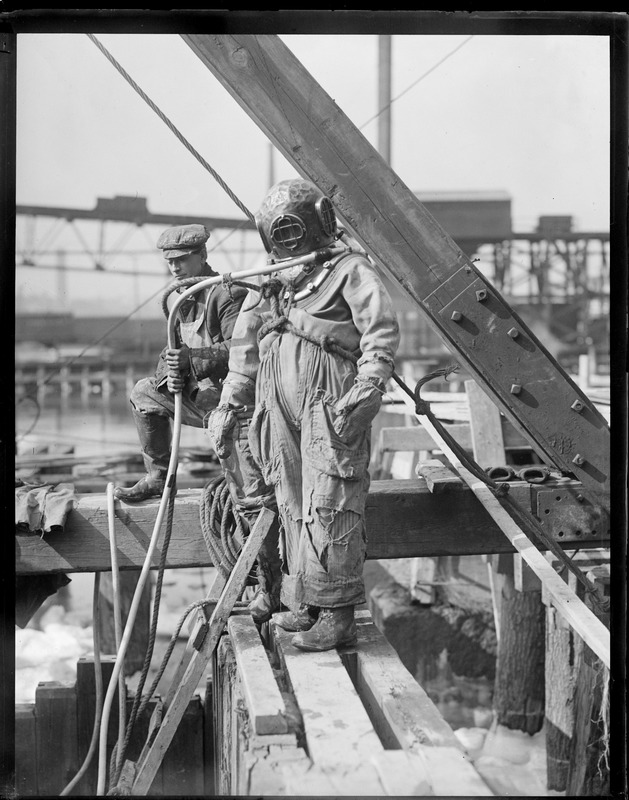 Leslie Jones, Going down to recover body of a coal diver who went through Harvard bridge (ca. 1930)

For the majority of the Library's collecting history, photographs were selected for their content and subject matter, as opposed to their format. While the Arts Department cannot claim to have photographs of every object, person, or location that has existed in the history of the universe, it is fair to say that our ultimate ambition is to do just that. If you do not find what you are looking for in Digital Commonwealth, please e-mail arts@bpl.org.

Although many photographs acquired prior to 1970 were bound into albums or portfolios and cataloged, the majority of the holdings are not represented in BPL's online catalog. Materials that have been digitized from the collections are available to view in Digital Commonwealth. This database provides digital images, image data and, in some cases, downloads of high-resolution files directly from the site.

Good luck with your search, and we hope you enjoy getting to know our collections.

Along the Elevated: Photographs of the Orange Line. A photographic project managed by UrbanArts, Inc., working with the MBTA to document the elevated Orange Line before its demolition in 1987.

Eadweard Muybridge’s Animal Locomotion. Pioneering project in the use of stop-action photography to record the movements of humans and other animals photographed by Muybridge, an important 19th century photographer, taken between 1872 to 1885. This project advanced the technology of high-speed photography and helped lay the foundation for invention of moving pictures and cinema.

Tupper Scrapbook Collection. Assembled by William Vaughn Tupper, a financier from Brooklyn, NY, from 1891-1894, from photographs he purchased while on the Grand Tour of Europe, Eqypt, and the Holy Land. 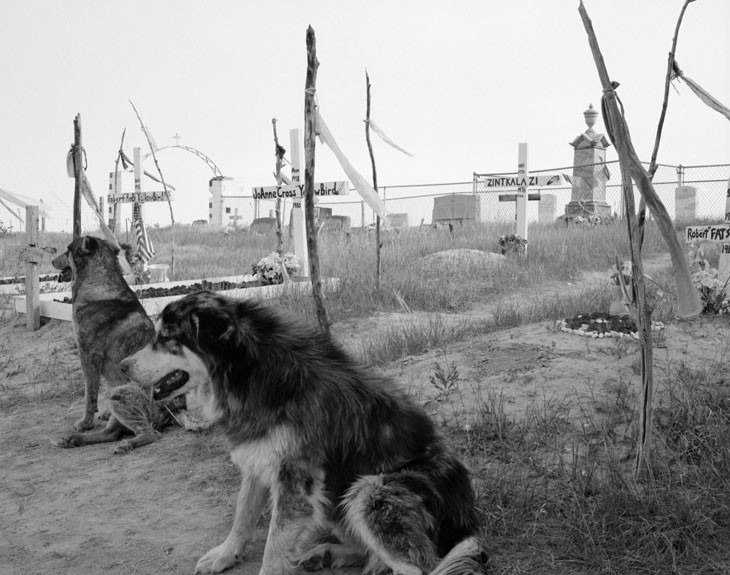