Books, groups, healthcare, movies, and more for those who are Queer/Questioning, Undecided, Intersex, Lesbian, Transgender/Two-Spirit, Bisexual, Asexual, Gay/Genderqueer and their allies. 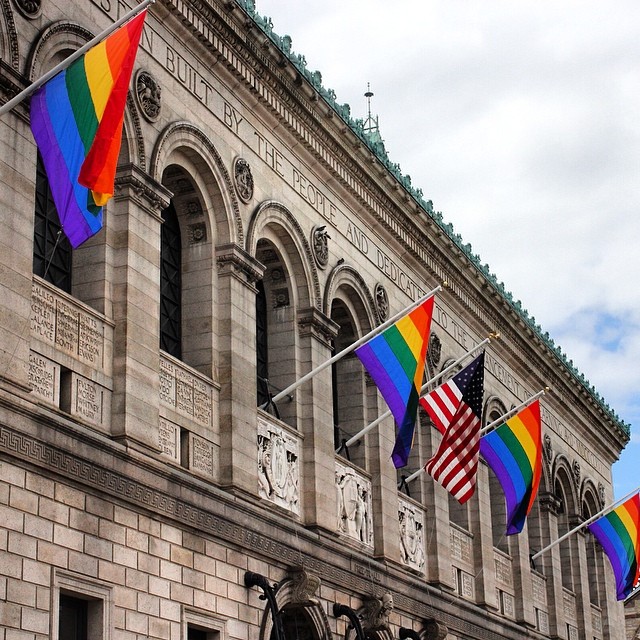 Gay pride flags at the BPL

LGBTQ+ at the BPL

"With a library you are free, not confined by temporary political climates. It is the most democratic of institutions because no one – but no one at all – can tell you what to read and when and how."

The Boston Public Library is an inclusive, safe and open environment for people of all ages to learn, explore, and question all aspects of their identity.

We provide many LGBTQ+/QUILTBAG-themed events throughout the year, celebrating events such as LGBTQ History Month (October) and Boston Pride (June) and the Day of Silence (April). In addition to providing an LGBTQ section in our Teen Central Library, we also carry a wide variety of resources throughout our branches which can be found throughout call numbers HQ12-HQ77.

For the latest LGBTQ events at the Boston Public Library, please check our Calendar of Events regularly.

“If anyone makes you feel less than you are, for the color of you skin, for where you come from, for the gender of the person you love, for the religion you have faith in, stand up, speak up, roar. No silence till we are equal.”

“'You have some queer friends, Dorothy,' she said. 'The queerness doesn't matter, so long as they're friends,' was the answer.”

“Gay kids aren’t a “plot point” that you can play with. Gay kids are real, actual kids, teenagers, growing up into awesome adults, and they don’t have the books they need to reflect that.”

"Never be bullied into silence. Never allow yourself to be made a victim. Accept no one's definition of your life; define yourself."

Gender Neutral Bathroom at the BPL 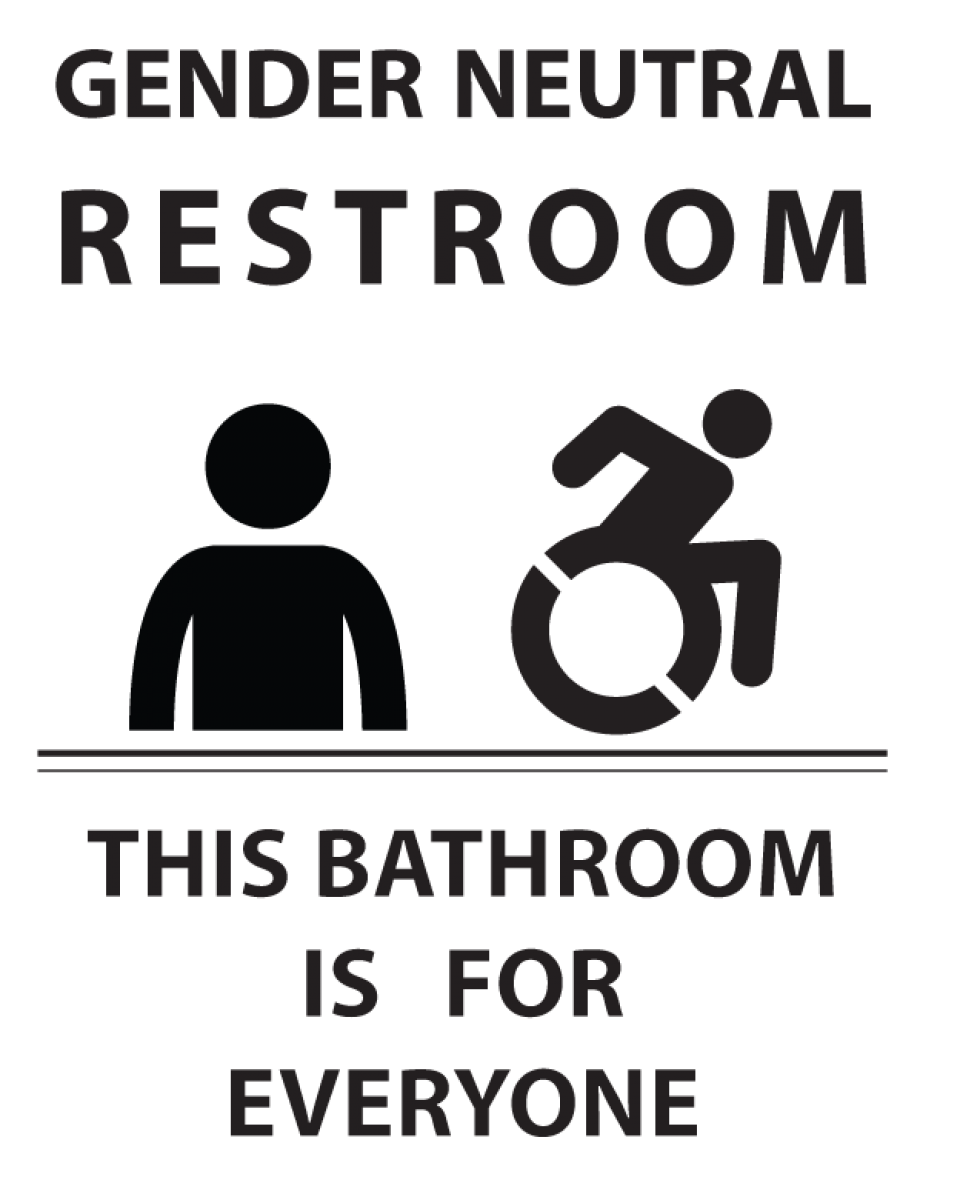 The BPL offers a single stall/gender neutral bathroom in the Central Library in Copley Square. This restroom is located in the Newsfeed Café, and is available for use by all visitors, not just those using the Café. To access this bathroom, visitors should ask Café staff for the key.

A Brief Intro to Orientation & Identity

Humans have a variety of sexual orientations (gay, straight, bisexual, asexual, queer, etc.) and gender identities (cisgender, transgender, agender, genderqueer, third gender, etc.). Our society is learning to recognize and respect these different identities, but the resources here should help you get started. Below are some basic questions and definitions to help identify the basics of sexual and gender identity and expression.

What does QUILTBAG mean?

QUILTBAG is an acronym for Queer/Questioning, Undecided, Intersex, Lesbian, Transgender/Transsexual, Bisexuals, Allied/Asexual, Gay/Genderqueer. As with any collection of terms, it is always evolving. QUILTBAG is fun because it spells out a word, but people are just as likely to use LGBT, LGBTQ, LGBTQIA, MOGAI, and a whole host of others.

What is sexual orientation?

Sexual orientation is defined as a person’s sexual identity in relation to the gender to which they are attracted; the fact of being heterosexual, homosexual, bisexual, or asexual. This is separate from their gender identity or gender expression.

What is gender identity?

The term “gender identity” is distinct from the term “sexual orientation” and refers to a person’s innate, deeply felt psychological identification as a man, woman, transgender, agender, nonbinary, or other gender, which may or may not correspond to the sex assigned to them at birth (i.e., the sex listed on their birth certificate).

Why use the word "queer" when it used to be a slur?

Sometimes marginalized groups work to reclaim a term used as a slur as a way of feeling empowered and taking power away from bigots. Community opinion on this varies and some people prefer to avoid a term that has caused pain.

The terms below are a partial list of some of the orientations and identities that people may have, but is not a comprehensive list. Identity and orientations are very personal things, and their related terms are changing and evolving to suit the people who utilize them. For more terms and definitions, you can visit TSER, the APA (PDF), and the HRC.

The Gender Unicorn was developed to help people visualize gender identity/expression, orientation, sex, and attraction. This is just one way to look at it, but there are lots of other scales, spectrums, and images out there too. 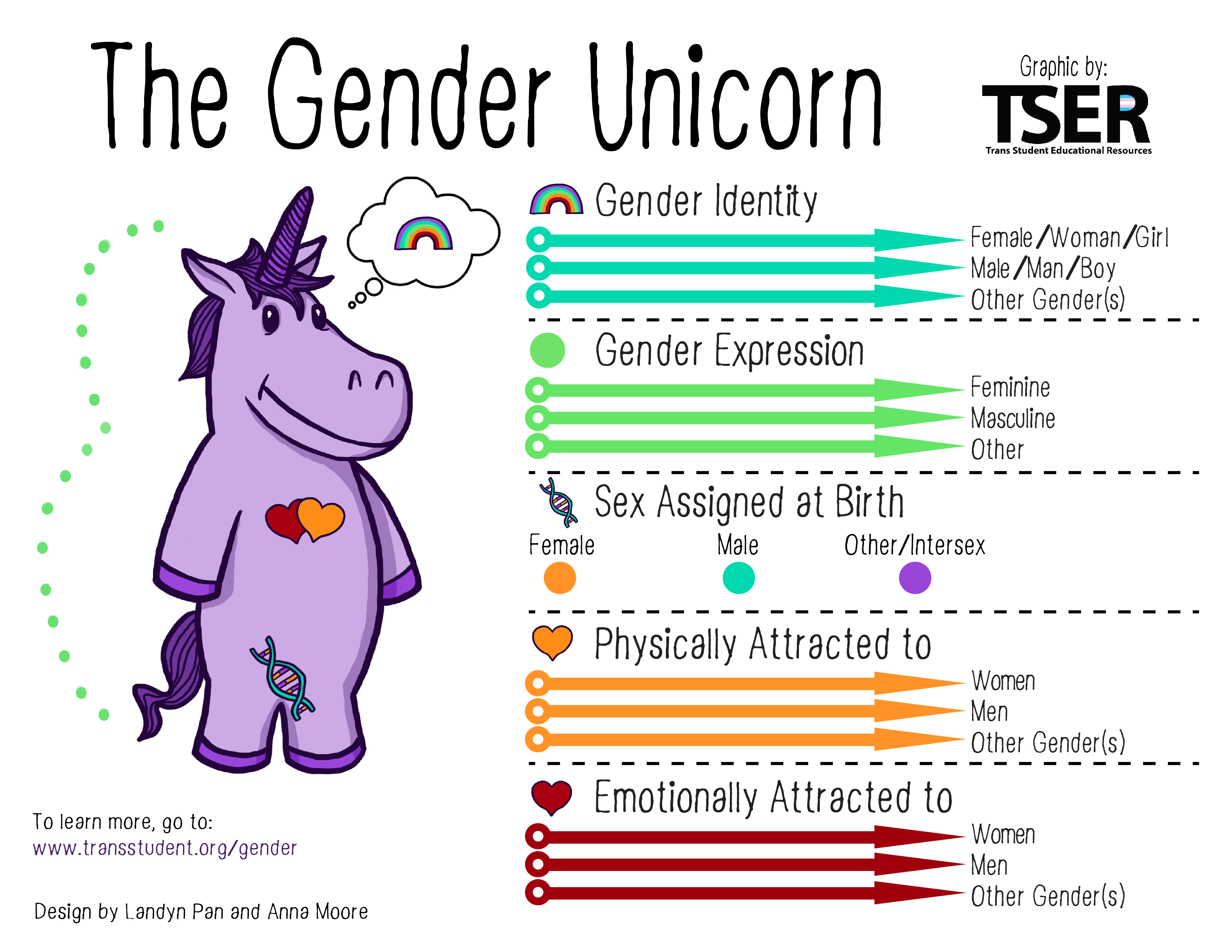 We Are Pride! Booklist 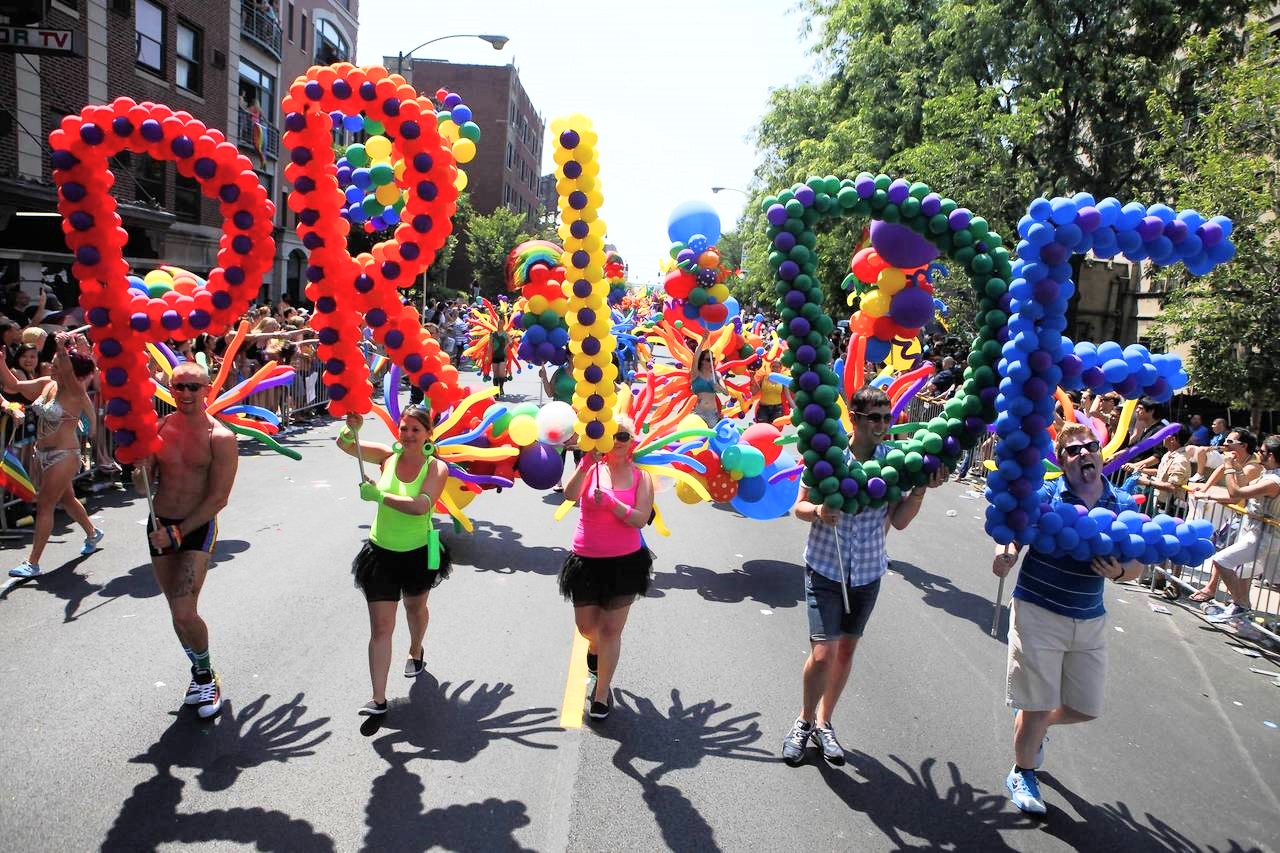 Keep an eye on the BPL's Pride page for our "We Are Pride" booklist and related booklists. Physical copies will also be available at all BPL locations. The Pride booklist is a list of select books released within the last year that feature LGBTQ+ characters and experiences.