Welcome to the Boston Public Library's Reader's Corner for mystery lovers. Find out whodunit at the Library!

A Word about Series

Mysteries are often written in series with the same main characters featured in each book. Instead of stand alone mysteries that just end, you can continue following the character/s through many, many adventures. It is a literary invention designed to prevent that fabled 'end of story' from ever occurring.

Is it important to read a series in order? YES! If you don't, you miss out on the growth of the characters over time. Some series mention characters or plots from earlier books in the series and you are lost if you haven't read the earlier books. Of course, some characters never seem to age--you may have aged ten years while your favorite character does not.

They are written in a way that makes you feel like you live in the neighborhood. Many authors write a series of books with intriguing characters that become like "old friends."

Picking up one of these books will guarantee that you'll be back for more! You won't want to put them down! 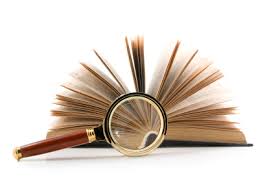 Getting Started with Series

Browse this list of books tagged "detective series" to find the best series.

A resource site for all mystery, thriller, and suspense fans who enjoy reading the books in a series in order.

A guide to cozy mystery (and other favorite) books and DVDs.

What's Next: Books in Series

Developed by the Kent District Library, this database helps fans search for their favorite series.