How To Read Manga

STOP! You're reading the wrong way!

Japanese reads from right to left, and that means that sequential art drawn by Japanese artists also flows from right to left, while American graphic novels follow the direction of English writing, from left to right. (Note that Korean graphic novels, called manhwa, have a very similar style to manga, but because Korean reads from left to right, they flow in the same direction as English comics.) This leaves translators of Japanese-original graphic novels in a quandary: should they flip the art around so that the pages read in the direction that English readers will expect, or should they leave the art alone and expect their readers to learn to read "backwards"? After some experiments with "flipped" mangas, current industry standards have settled on publishing English translations with the art as it appeared in the Japanese versions, which means that the book "starts" where an English book would end. It can take a little practice to get used to reading in the opposite direction, but any manga fan will tell you it's worth it! If you look at the diagram below, you'll get a rough idea of the order that panels in a manga will progress in. 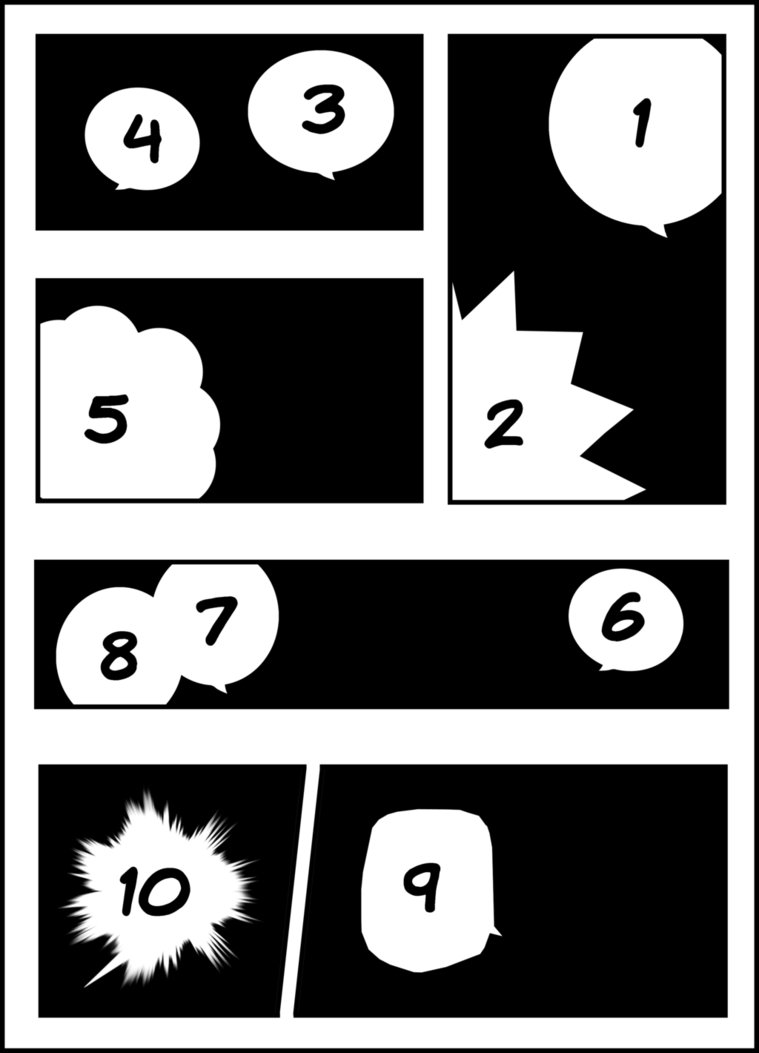 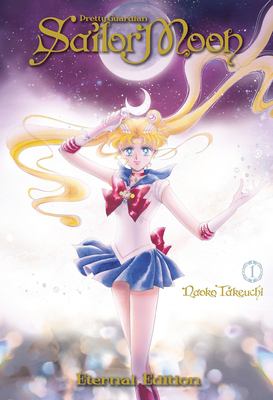 Teenager Usagi is not the best athlete, she's never gotten good grades, and, well, she's a bit of a crybaby. But when she meets a talking cat, she begins a journey that will teach her she has a well of great strength just beneath the surface and the heart to inspire and stand up for her friends as Sailor Moon! 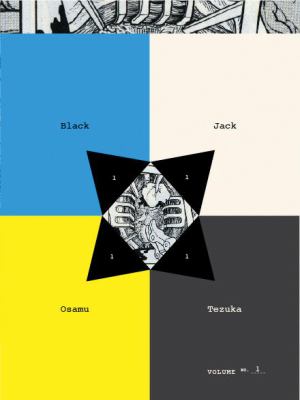 Black Jack is a mysterious and charismatic young genius surgeon who travels the world performing amazing medical feats. Though a trained physician, he refuses to accept his license due to his disdain for the medical community. 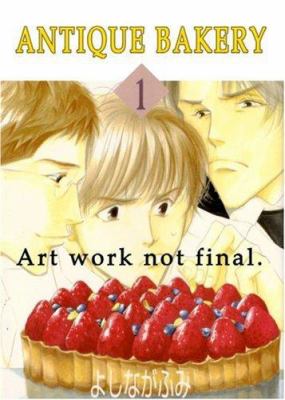 No man can resist Ono's charms (or his cooking skills!) but he has just found a new position under a man named Tachibana. Can this be the only man who resisted his charms, and if so, will the man who once snubbed the "magically gay" Ono get his just desserts? 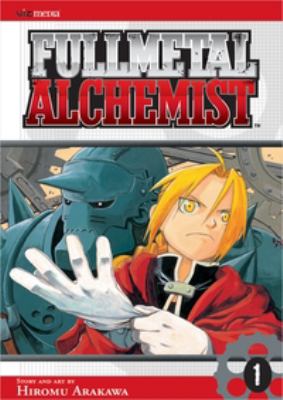 Alchemy: the mystical power to alter the natural world; something between magic, art and science. When two brothers, Edward and Alphonse Elric, dabbled in this power to grant their dearest wish, one of them lost an arm and a leg... and the other became nothing but a soul locked into a body of living steel. 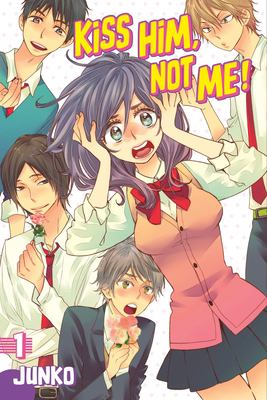 Kiss Him, Not Me!

One day the four most divinely gorgeous boys in my school asked me out on dates! I accepted them all, and you'd think I'd be happy with my sudden popularity, but the truth is, boys, I'd much prefer that you turn your affections elsewhere and KISS HIM, NOT ME! 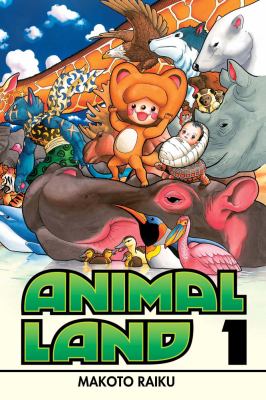 Orphaned after her parents were killed by Lynxes, Monoko is the only tanuki (raccoon dog) in her village without a family, until she finds a human baby in a river. 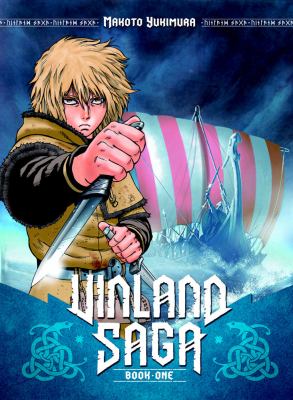 At the turn of the 11th century, the North Sea is in the grip of the Viking terror. The clever Askeladd leads his small band of mercenaries into London, with the aid of the ruthless young Thorfinn, son of a warrior in the dreaded Jomsvikings. 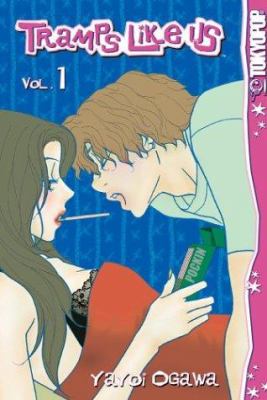 Life was good for Sumire Iwaya until the day she discovers her boyfriend is cheating on her and her life spirals toward the dumps. 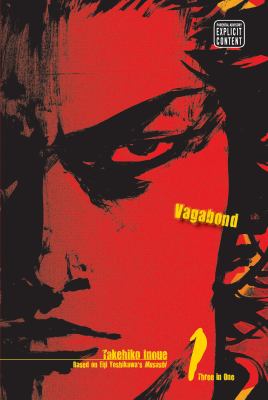 Striving for enlightenment by way of the sword, Miyamoto Musashi is prepared to cut down anyone who stands in his way. Vagabond is an action-packed portrayal of the life and times of the quintessential warrior-philosopher - the most celebrated samurai of all time! 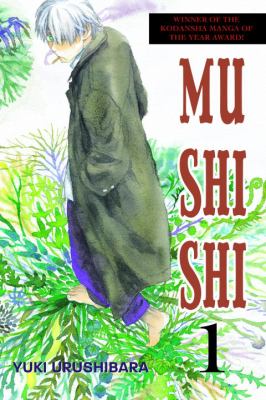 Some live in the deep darkness behind your eyelids. Some eat silence. Some thoughtlessly kill. Some simply drive men mad. Shortly after life emerged from the primordial ooze, these deadly creatures, mushi, came into terrifying being. And they still exist and wreak havoc in the world today. Ginko, a young man with a sardonic smile, has the knowledge and skill to save those plagued by mushi... perhaps.

Manga On Our Shelves

What Are All These Categories?

Do the words shōnen, shōjo, josei or seinen mean anything to you? Manga in Japan is marketed in a very gender- and age-segregated way, with the result that most manga translated and imported to the United States fits into the broad categories of "boys'" (shōnen), "girls'" (shōjo), "women's" (josei) or "men's" (seinen) stories. There's also children's manga (kodomo) as well as yaoi and yuri (stories focusing on same-sex romance, usually but not always targeted at an adult audience). Does that mean that only girls are allowed to read or like shōjo manga, or that adults shouldn't pick up a shōnen manga? No, of course not! Stories are universal and you should read whatever you enjoy. That said, you will definitely notice some generic commonalities between works in the same category, so if you have a favorite series and want to find something similar, it may help to look for more manga with the same target audience.

The History of Manga

Manga are comics created in Japan that conform to a style which combines earlier Japanese art with American-style comic influences. The term manga is a Japanese word referring both to comics and cartooning, and in Japan, people of all ages read manga. Modern day manga saw an explosion in popularity following WWII, with the US occupation of Japan providing American comics culture as a catalyst for manga's growth. By the 1980's, a small market for these Japanese comics had made its way to the United States, and by the turn of the 21st century, manga's popularity had vastly expanded. Today manga can be purchased in most major book stores, and animated adaptations of manga air on major American television networks and streaming services as well as dedicated websites like Crunchyroll.

Drawing Your Own Manga 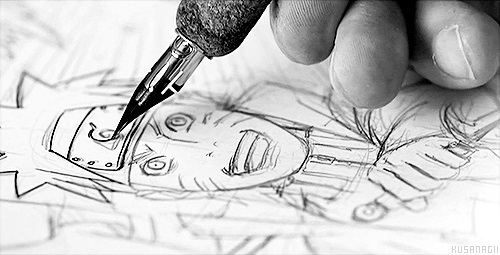