All BPL events are free and open to the public. Registration is required to attend the events listed below.

﻿This class will provide information about how to use newspapers for family history research and give a basic overview of some useful print resources held by the BPL. We will be looking primarily at resources that can be accessed online, either via a BPL database or on the internet.

Please note that we are requiring registration as this event is happening over Zoom.

5/25/22 Lecture- Bill Lichtenstein—WBCN and the American Revolution: How a Radio Station Defined Politics, Counterculture, and Rock and Roll

While San Francisco was celebrating a psychedelic Summer of Love in 1967, Boston stayed buttoned up and battened down. But that changed the following year, when a Harvard Law School graduate student named Ray Riepen founded a radio station that played music that young people, including the hundreds of thousands at Boston-area colleges, actually wanted to hear. WBCN-FM featured album cuts by such artists as the Mothers of Invention, Aretha Franklin, and Cream, played by announcers who felt free to express their opinions on subjects that ranged from recreational drugs to the war in Vietnam. In this engaging and generously illustrated chronicle, Peabody Award-winning journalist and one-time WBCN announcer Bill Lichtenstein tells the story of how a radio station became part of a revolution in youth culture.

At WBCN, creativity and countercultural politics ruled: there were no set playlists; news segments anticipated the satire of The Daily Show; on-air interviewees ranged from John Lennon and Yoko Ono to Noam Chomsky; a telephone “Listener Line” fielded questions on any subject, day and night. From 1968 to Watergate, Boston's WBCN was the hub of the rock-and-roll, antiwar, psychedelic solar system. A cornucopia of images in color and black and white includes concert posters, news clippings, photographs of performers in action, and scenes of joyousness on Boston Common. Interwoven through the narrative are excerpts from interviews with WBCN pioneers, including Charles Laquidara, the “news dissector” Danny Schechter, Marsha Steinberg, and Mitchell Kertzman.

Bill Lichtenstein is a journalist and documentary producer. Winner of more than sixty major journalism awards, he has written for publications including the New York Times, the Nation, the Village Voice, and the Boston Globe, and produced and directed the feature-length documentary WBCN and the American Revolution. He worked at WBCN from 1971 to 1977, beginning as a teenage volunteer on the station's “Listener Line.”

Join us as Anthony Sammarco discusses his latest book Kenmore Square and The Fenway of Boston Through Time which chronicles the history and development of an area of the city of Boston that only began in the early nineteenth century. When the Mill Dam, present day Beacon Street, was opened in 1821 between the foot of Beacon Hill and Sewall's Point, now known as Kenmore Square, the area west of Boston was now accessible by land, as previously the only means of access was by The Neck, a thin strip of land in the South End that connected Boston to the mainland at Roxbury. However, in the late nineteenth century, Frederick Law Olmsted transformed the marshland into the Back Bay Fens, which became an integral part of the Emerald Necklace of Boston.

The Hotel Buckminster was built in 1897 facing the prominent square, and along with ease of transportation led to early residential hotels such as the Charlesview, the Wadsworth and the Westgate to be built along with large hotels such as the Hotel Kenmore and the Hotel Braemore. With apartment buildings constructed between 1900 and 1930, the Back Bay Fens evolved into the Fenway neighborhood, with not just accessibility to the city but also with a far more park-like and naturalistic aspect than any other city neighborhood. With numerous institutions from the Museum of Fine Arts and the Boston Opera House to the Harvard Medical School and numerous hospitals, Kenmore Square is dominated by the iconic Citgo sign and is not just home to baseball's beloved Fenway Park, which draws huge crowds for Red Sox games, but also many restaurants, shops and student hangouts which have long been in and around Kenmore Square, and clubs and sports bars along Brookline Avenue and Lansdowne Street.

Anthony M. Sammarco is a noted historian and author of over seventy books on the history and development of Boston, and he lectures widely on the history of his native city. His books Lost Boston, The History of Howard Johnson’s: How A Massachusetts Soda Fountain Became a Roadside Icon, Jordan Marsh: New England’s Largest Store, The Baker Chocolate Company: A Sweet History, and Christmas Traditions in Boston have been bestsellers.

Adoption has existed in one form or another for much of human history. Whether formal or informal, adoptions can play a significant role in shaping one’s family tree. This class will provide an overview of the history of adoption in the United States and some of the resources available to research adopted ancestors.

Please note that registration is required as this event is happening over Zoom.

NOTE: The date of the program has changed, it is now being held on June 29th.

Join Ian Spangler and Megan Nally from the Leventhal Map & Education Center as they discuss the use of historic maps for genealogical research. They will provide a demo of Leventhal Center's Atlascope tool, which overlays historic maps on top of modern-day ones so you can easily compare past and present.

Ian Spangler is a cultural & economic geographer with interests in digital mapping, historical geographies, and race & landscape in the US. He is a geography PhD candidate at the University of Kentucky, and Assistant Curator of Digital & Participatory Geography at the Leventhal Map & Education Center.

Megan Nally is a recent graduate from Wesleyan University and holds a B.A. in Government and Hispanic Literatures & Cultures as well as a certificate in International Relations. As Public Engagement Coordinator at the Leventhal Center, Megan has a strong interest in public education and hopes to explore the dynamic between historical narratives, contemporary issues, and public attitudes.

Please note that we are requiring registration, as this event is happening over Zoom.

Check out the BPL Classes section of this guide for modified versions of some of our past class offerings! 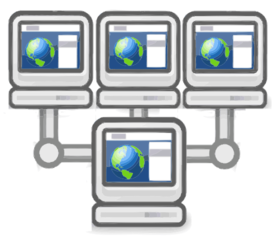