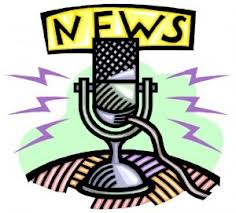 The US version of Who Do You Think You Are? is set to return on Sunday, July 10. Read more here.

Family Tree Magazine has announced it's list of the 101 Best Genealogy Websites of 2021. Check out the list here.

Ancestry.com has partnered with the Arolsen Archives and the USC Shoah Foundation to make collections of records relating to the Holocaust freely available permanently. You can search these collections here.

The Arolsen Archives–International Centre on Nazi Persecution, in partnership with Yad Vashem, has made a publicly available database of 26 million documents relating to the victims and survivors of the Holocaust. You can read more about the database here and access it here.

The names of 1.8 million emancipated slaves are now searchable via a database produced through a joint effort between the Freedman’s Bureau Project and FamilySearch.org.

Ancestry.com has made two Holocaust record collections freely available to the general public permanently. More information is available on their website. 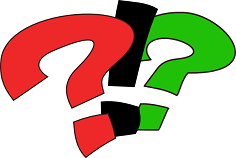 The National Archives and Records Administration (NARA) has digitized over 500 volumes of U.S. Navy Muster Rolls. More information is available on NARA's website.

The Outback Grave Markers have produced a website called Outback Graves, which offers free access to information about hundreds of burials in the Goldfields area of Western Australia.

The International Tracing Service in Germany has uploaded to it's online archive over 13 million documents from Nazi concentration camps, including prisoner cards and death notices, to help Holocaust researchers and others investigate the fate of victims.

Genetic genealogist Barbara Rae-Venter was honored as one of TIME Magazine's 100 Most Influential People of 2019 for her assistance in identifying the Golden State Killer, which led to his apprehension after several decades. Read the TIME profile here, and another article about Rae-Venter here.

Israel is  the first country to list all cemetery tombstones online, as part of a joint project with MyHeritage. Read more here.

The Reclaim the Records not-for-profit activist group has successfully managed to get over 25 million records of genealogical interest released by filing FOIA requests, Open Data requests, and lawsuits. You can read more about them on their website.

Guinness has created an archive containing personnel records of employees at the Dublin brewery from the 1880s to the late 1990s/early 2000s. A database of these records can be searched online here.