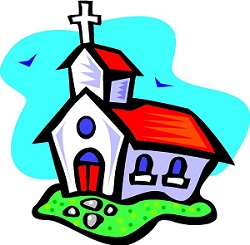 Church records can often be a valuable substitute for or supplement to government produced vital records. They can contain information about births, baptisms, marriages, deaths, and funerals. This section will provide a brief overview of where to find and how to access church records in Massachusetts, with an emphasis on Boston. 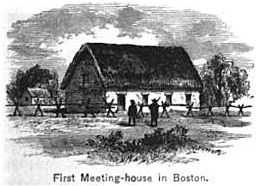 Congregationalism was the most prominent denomination in Massachusetts from the early colonial era until the end of the 18th century, and many of the historic churches in Boston and elsewhere started out as Congregational churches. Adherents to other faiths were shunned, exiled, and occasionally executed.

Quakers and Catholics were especially reviled by the Congregationalist ruling class, and both denominations were for a time officially banned from Massachusetts. Many Quakers chose to re-settle in Rhode Island.

Catholics were more tolerated after the Revolutionary War, and were allowed to practice freely after the U.S. Constitution was adopted in 1789 and codified religious freedom in the country. Due in large part to the influx of Irish immigrants in the 19th century, Catholicism is now the most dominant religion in Massachusetts.

The office of Record Commissioner was established in 1875 in large part to compile birth, marriage, and death records from the time when Boston was founded up to 1849. The results of their efforts were published as Record Commissioners Reports. 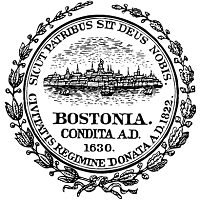 Research Services desk in the Washington Room located on the second floor of the McKim Building, at the Central Library in Copley Square:

To learn more about and access the rest of the Record Commissioners Reports, take a look at the Boston (City) Departmental Reports Research Guide. 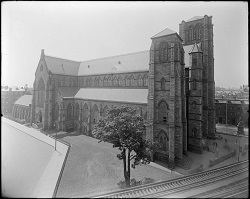 The Catholic Church is divided into ecclesiastical provinces, dioceses and archdioceses, and then into parishes. Listed below are the archdiocese and dioceses covering Massachusetts. 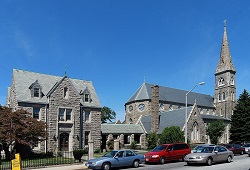 Available upon request at the Book Delivery Desk at the Central Library in Copley Square.

The Archdiocese of Boston Archives are open for research by appointment only, they also take requests for records via email and snail mail. They hold records for about 175 parishes, most covering from 1930 and earlier.

The Archdiocese is currently working with the New England Historic Genealogical Society to digitize their records covering from 1789-1900. These records are available in the American Ancestors database, which can be accessed at the BPL from the Central Library in Copley Square.