Adoption has existed in one form or another for much of human history. Whether formal or informal, adoptions can play a significant role in shaping one’s family tree. This section will provide an overview of the history of adoption in the United States and some of the resources available to research adopted ancestors. 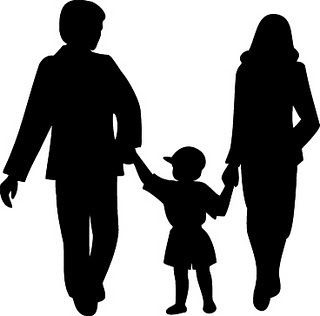 Pre-1851
Adoptions were often informal, and biological parents generally retained legal rights over their children regardless of where they lived. Orphaned children or children whose biological parents could not care for them could be bound out as indentured servants or be sent to live with relatives, friends, or neighbors. Such arrangements were not always recorded.

Legal adoptions were processed through the state legislature. Records of name changes for children can be an indicator that the child was adopted, and the adoption may be noted in the record.

1851: Massachusetts Adoption of Children Act
First modern adoption law to be passed in the U.S. It transferred the responsibility for legal adoptions to probate courts, gave authority to a judge to determine if the adoption was “fit and proper,” terminated the legal rights of biological parents whose children were adopted, established the right of adopted children to inherit from their adoptive parents, and established the requirement that children age 14 and over had to consent to the adoption. This law was soon copied by other states.

1854-1929: Orphan Trains
About 250,000 children were taken on trains from East Coast cities to be placed with families throughout the rest of the U.S. and Canada. Many of the children were homeless, whose parents had either died or were unable/unwilling to care for them. Some children sent on Orphan Trains were not true orphans, but had been placed in orphanages by their biological parents due to financial or other hardship.

1917: Minnesota Adoption Act
Requires an investigation prior to placing an adopted child into a new home, and established the requirement that adoption records be kept confidential. Minnesota is the first state to pass such law.

1948: First Recorded Transracial Adoption
In Minnesota, the first recorded adoption of an African-American child by a white family takes place.

1994: U.S. Multiethnic Placement Act
The first federal law related to race in adoption, prohibits adoption agencies that receive federal funds from denying adoptions due solely to race. Amended in 1996 to prohibit the consideration of race as a factor when placing children for adoption or foster care.

1998: Oregon Ballot Measure 58
This ballot measure allowed adult adoptees access to their original birth certificates. After being stalled by several failed legal challenges, the measure took effect in June of 2000 and is still in effect.

2000: U.S. Child Citizenship Act
Established the automatic granting of citizenship to foreign-born adopted and biological children of U.S. citizens upon their arrival in the United States.

Records in which an adoption may be noted or indicated

Books at the BPL