This guide gathers selected resources to assist in the study of United States foreign relations. 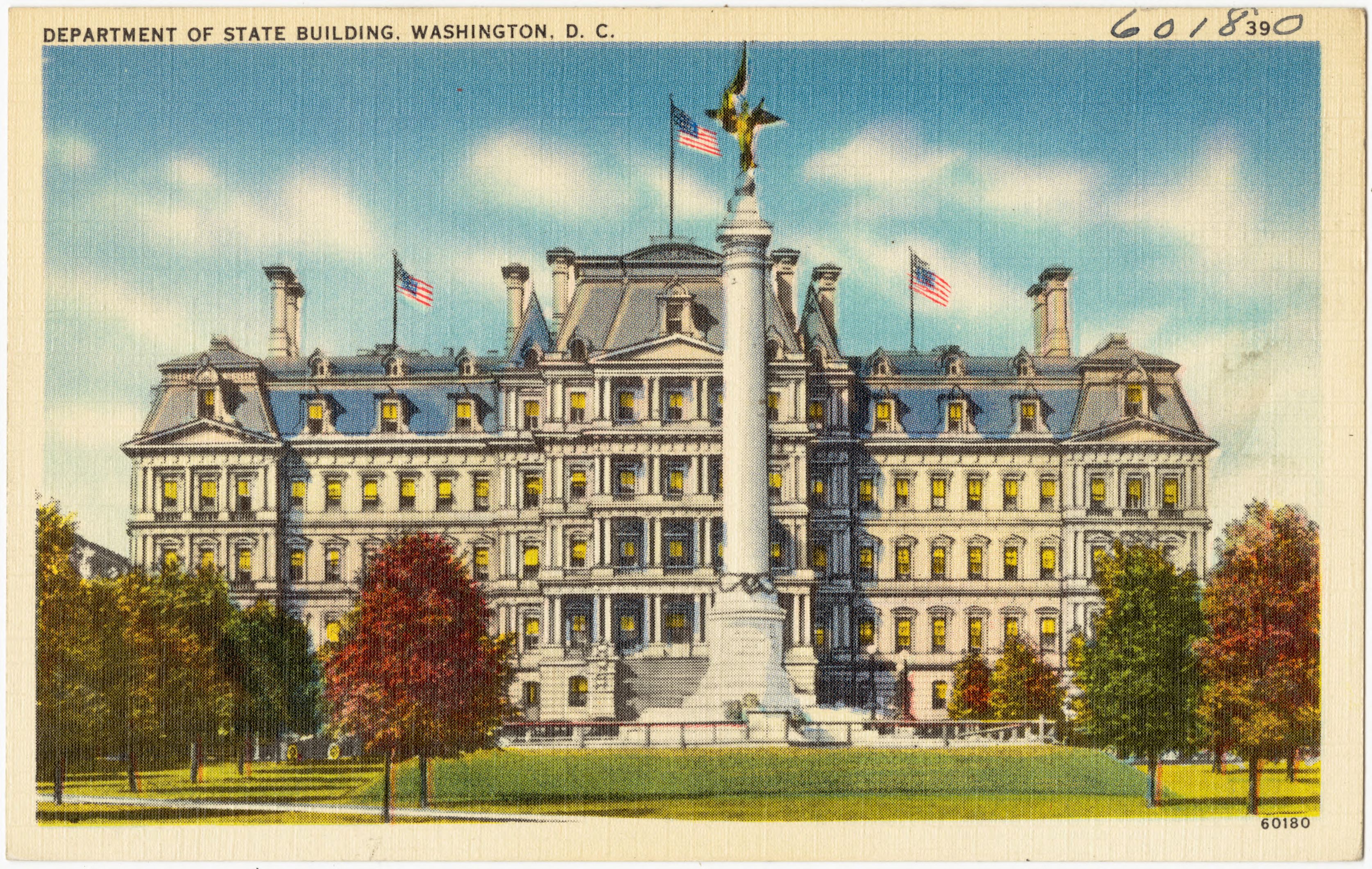 From the Tichnor Postcard Collection, Boston Public Library (click on image for details)

Often referred to as the State Department, the U.S. Department of State is the oldest and one of the most respected and prestigious of the cabinet-level agencies in the federal government. Originally known as the Department of Foreign Affairs, it was the first agency created under the new U.S. Constitution (July 21, 1789), and when President George Washington signed the bill into law on July 27, 1789, the Department of Foreign Affairs became the federal government's first established cabinet post. Originally assigned to also deal with some domestic responsibilities, the new department soon became exclusively responsible for foreign policy matters. Today, the State Department is the chief foreign-policy implementing agency of the government and, as such, holds a tremendous amount of potential power. It is the equivalent of the foreign ministries in other nations and serves the president of the United States as other foreign ministries serve their presidents, prime ministers, or chancellors.