Help finding poetry and poetry publications at the Boston Public Library, as well as information about poetry websites and local poetry venues.

At the Boston Public Library, poetry and literature are found in the Ps, which is the Language and Literature Class in the Library of Congress classification system. This section is not restricted to literature and poetry, but also includes world languages, language learning, history of languages, dictionaries, and linguistics.  Here some starting points to help you find what you need:

Note that poetry in other languages is found with other books in those language. For example, poetry in Chinese will be shelved in the Chinese lanaguage collections.

You may find these other BPL guides to be useful when looking for poetry, and books and articles about poetry.

"Tell all the truth, but tell it slant." Emily Dickinson

Poetry at the Library

The BPL catalog can be searched using several different fields.

In addition, the  Advanced Search can be used to search multiple fields simultaneously, exclude terms from a field, and search additional fields not available in basic search, such as Publisher, Series, and Identifier (e.g. ISBN/UPC).

Searching the catalog using the Subject field in the search interface will search the Library of Congress Subject Headings, which are used to classify and describe the content of library materials.Subject headings are standardized descriptions created by the Library of Congress that group together items that are about the same subjects. Searching using subject headings in addition to your keyword searches makes your overall search more powerful and comprehensive. Using subject headings will lead you to material you probably wouldn't find using just keywords.

Subject headings for literature are not necessarily intuitive and can seem complicated. Here are some tips to get you started:

If you are interested in browsing subject headings, which can be extremely useful, use the library's alternate catalog. This function is not available in the main catalog.

You can limit your search results by Location, Format, Audience, Titles You Can Borrow and Take Home, Language, Topic, etc. by using the clickable headings and dropdown menus on the left side of the search results page.

In addition, the Advanced Search can be used to set up limiting factors prior to conducting your search.

To locate copies of a title in a list of search results, click the in some locations or Availability details link under the call number. This will open a window listing the library's copies of a given edition of a work, and will provide you with the four critical pieces of information you need to locate a copy:

The Map of the Central Library is useful for locating collections at the Central Library. Please note that items in the Nonfiction collection with call numbers beginning with H through HJ are located in the Kirstein Business Library and Innovation Center on the Lower Level of the Johnson building. Items whose collection is listed as Nonfiction - New Shelf are located in the New & Novel area on the first floor of the Johnson building.

Books with the location BPL-Delivery Desk are held in closed shelves at the Central Library. Most of these books are for in-library use only, but many can be checked out and taken home, especially if they have been published recently. Delivery Desk books whose collection information does not include the phrase In-Library Use Only can be requested and checked out for the standard loan period just like other circulating books.

If you're at the Central library, these books can be obtained by filling out a request form at the Delivery Desk, located in the northwest corridor on the second floor of the McKim Building. Be sure to bring the title, author, call number, and your library card. If the book can be taken home, staff will check the book out to you upon retrieval.

In this database, find poetry-related subjects by entering your search terms. Results will show relevant chapters and whole books. For example, a search for "Chaucer" in the search box yields 88 chapters and two books. This allows for you to find information in sources you might otherwise not consider.

Some of the poetry-related eBooks you have access to from this database:

There are several ways to explore our collection of online journals and access articles:

These, and other, important poetry journals are included in the library's databases:

What are reference books? Reference books are encyclopedias, dictionaries, directories, and more. They are sources of information for quick but authoritative overviews of a subject, or for specific facts (such as the population of a country or the names of the Great Lakes).

There are many print reference and ereference books in the Boston Public Library. Two comprehensive digital sources are Credo Reference and Gale Virtual Reference Library. These databases are compilations of many separate reference books that have been digitized. Both databases can be searched by specific subject, such as "poetry of the rennaisance," which will find articles from different books on that subject. Also, both Gale Virtual Reference and Credo Reference also list the books they use, so you can look through one particular ebook, such as the Bloomsbury Guide to Human Thought and the Princeton Handbook of World Poetries.

In addition to brief but comprehensive information on many different subjects, reference books add other helpful features, such as lists of further resources, links to related book entries, and citations in various formats. 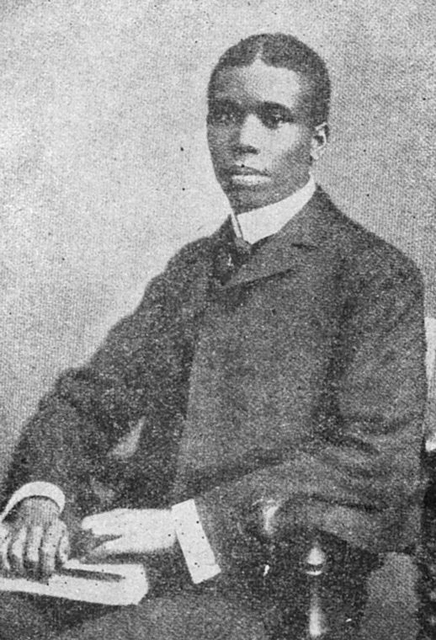 A few of the poetry and literature eBooks in this collection are:

To find entries on specific subjects, such as "Phyllis Wheatly" or "World War 1 poetry", type the search terms into the Basic Search box.

Getting directly to eBooks in this database is easy. From the home page, click on "Literature" and see a list of the eBooks. Click on any one of them for complete access to the entries, table of contents, index, and list of illustrations. By clicking on the drop-down menu from the top search box, you can select "Publication" to restrict your search to that eBook only.

A few of the relevant eBooks in this collection are:

OverDrive, Kanopy, and Hoopla provide access to most of the BPL's ebooks, videos, and downloadable and streaming audiobooks. Hoopla in particular has more than 7,000 books of and about poetry, and OverDrive features hundreds of poetry eAudio and eBooks. Kanopy streams documentaries and other films about poets and poetry.

Below are links to these collections. For more information about these services and instructions for their access and use, please see the E-books, AudioBooks, Digital Magazines, and Streaming Media guide.

From the Norman B. Leventhal Map Collection in the Boston Public Library

The Poet Laureate of the United States is selected annually by the Librarian of Congress, and each must present a reading and a lecture within that period. Poet Laureates often use their office to create national programs to encourage and promote poetry and literature, such as Ted Kooser's American Life in Poetry, Gwendolyn Brooks' lunchtime poetry readings, Kay Ryan's Poetry for the Mind's Joy,  and Natasha Trethewey's Where Poetry Lives.

This program was started through the gift by Archer M. Huntington, who endowed a position of "Poetry of the English language in the Library of Congress" in 1936. Poet Laureates are paid out of that endowment. For many years, the position was called a Consultant in Poetry to the Library of Congress, and the first appointed Consultant was Joseph Auslander, who served from 1937-1941. The title was changed in 1986, when it became Poet Laureate Consultant in Poetry.

Read more about the history of the position and the poets who were appointed at the Library of Congress Website. Brief biographies of each Poet Laureate/Consultant are at Poets.org.

Below are the current and most recent Poet Laureate Consultants in Poetry.