This is to provide links to scanned lists of residents, along with aids to using the set. 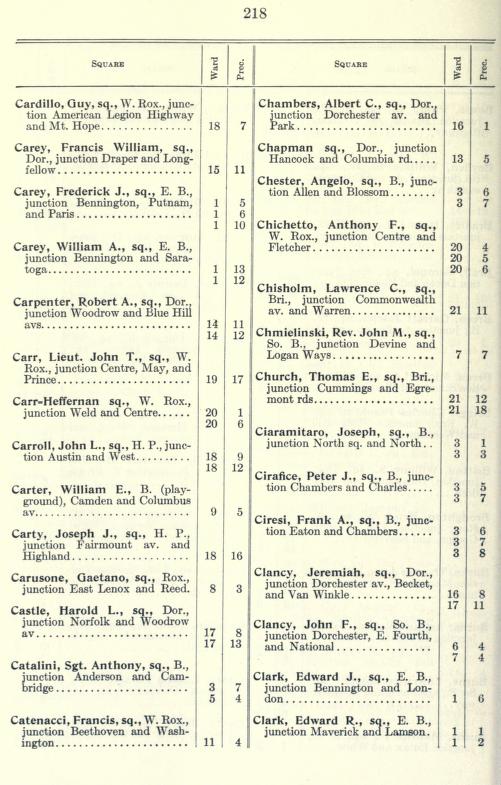 The following items provide ward and usually precinct numbers for street addresses for Boston. These were not annual documents, but were reissued when boundary lines were changed. They also provide the locations of institutions, buildings, and veterans squares.

It should be noted that there were several post World War II lists that could not be scanned. The good news is that after the change in the Boston City Council in 1949, the wards and precincts have been relatively static.